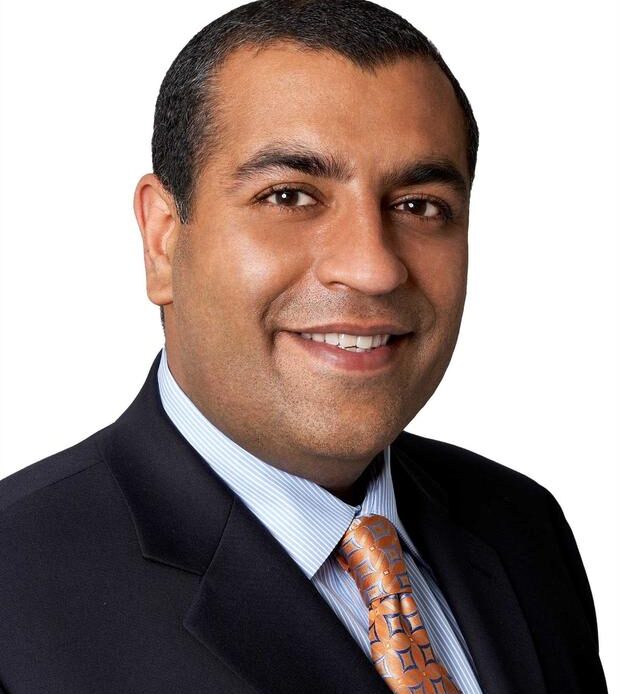 Neeraj Khemlani is president and co-head of CBS News and the CBS Television Stations. He began his new role in May 2021.

Khemlani is an award-winning journalist and experienced multiplatform news and media executive, who brings to the role a diverse background in television, digital media, cable networks and local news.

Prior to joining CBS News, Khemlani was executive vice president and deputy group head at Hearst Newspapers, overseeing 3,000 employees who publish print and digital subscription products for 24 dailies and 52 weeklies in cities across the country.

He has held senior positions since joining the company in 2009, including president and group head of Hearst Entertainment & Syndication, the operating group responsible for Hearst’s cable network partnerships with Disney, including ESPN and A+E Networks, as well as production companies and digital video and music streaming businesses. During his tenure at Hearst, Khemlani also served as chief creative officer, where he worked to create products, content offerings and new user experiences across the company’s global brands.

Prior to Yahoo! News, Khemlani was a producer at CBS News for Dan Rather, Bob Simon and other…