A woman bought a statue for $34.99 at a Goodwill in Texas. It turned out to be an ancient Roman artifact — and likely looted. 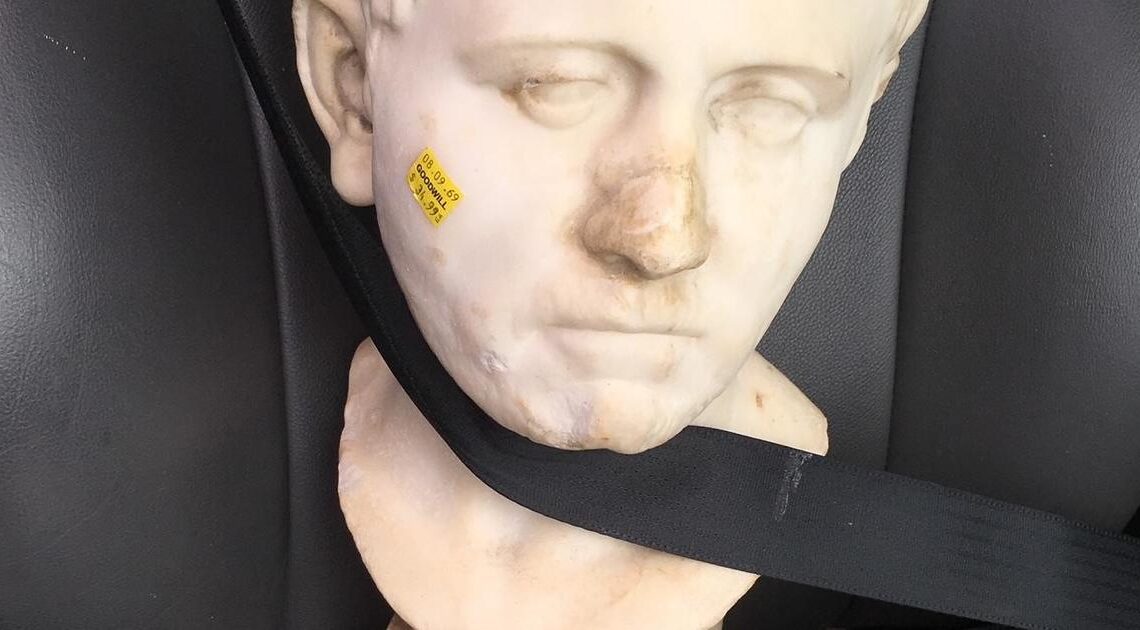 An ancient Roman bust that went on display at a museum in San Antonio, Texas this week has a peculiar backstory: In 2018, the bust was bought at a Goodwill store in Austin, Texas. The buyer, Laura Young, was shopping for objects to resell and had no clue she picked up an artifact dating from the first century BC or AD.

The bust once resided inside a full-scale model of a house from Pompeii in Aschaffenburg, Germany, according to the San Antonio Museum of Art. The display, known as Pompejanum, was built by Ludwig I of Bavaria, and during World War II it was severely damaged by Allied bombers.

The bust sat in a display called Pompejanum, which was built by Ludwig I of Bavaria, and during World War II, severely damaged by allied bombers. The bust disappeared after that.

The sculpture had mysteriously disappeared after Aschaffenburg was targeted. The U.S. military remained in the area until the end of the Cold War and it is believed an American soldier had the bust and brought it back to Texas, the museum says.

Apparently, Texas is where it stayed for decades, until Young unknowingly bought it.

Young picked up the ancient Roman bust for just $34.99, she told The Art Newspaper. The sculpture is believed to depict ancient Roman commander Drusus Germanicus, the paper says.

An image of the bust after Young bought it shows it buckled into the seat of her car, a yellow price tag stuck to its cheek.

The bust had once resided inside a full-scale model of a house from Pompeii in Aschaffenburg, Germany. Somehow, it ended up at Goodwill in Texas – and sold for just $34.99.

After noticing how old and worn it looked, Young was curious about its origin, the museum said in a news release. She embarked on a…