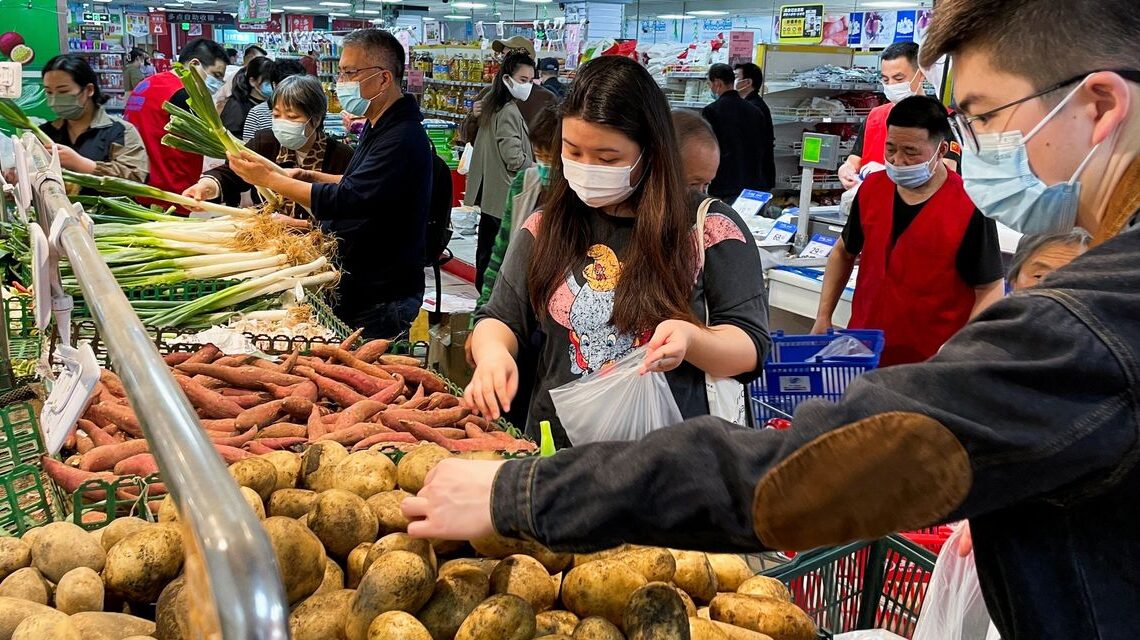 China’s consumer-price index in April was up 2.1% from a year earlier, official data showed Wednesday, the fastest pace in five months—accelerating from March’s 1.5% and topping the 2% median forecast of economists polled by the Journal.

The gain was led by increases in food and fuel prices due to the pandemic and a sustained run-up in global commodity prices, China’s National Bureau of Statistics said.

The producer-price index, a gauge of factory-gate inflation, was up 8% in April from a year earlier, down from March’s 8.3% but exceeding the economists’ 7.8% forecast. China still imports significant volumes of crude oil and coal, whose prices have been pushed higher by geopolitical turbulence in Europe.

April’s inflation figures add to evidence of the broader economic impact across China as Beijing doubles down on its zero-tolerance Covid containment policies, which have disrupted logistics networks, forced factories to halt production and prompted people across the country to stockpile groceries in anticipation of possible abrupt lockdowns.

Chinese authorities have long been on alert over the prospect of rising inflation, historically a source of political instability. They may be especially eager to keep the economy stable this year, with President

set to break with recent precedent and secure a third term in power.

“As long as grain production and energy supply remain stable, inflation will be kept within a reasonable range,” China’s central-bank governor,

said in a speech last month. “Price stability is our policy priority.”