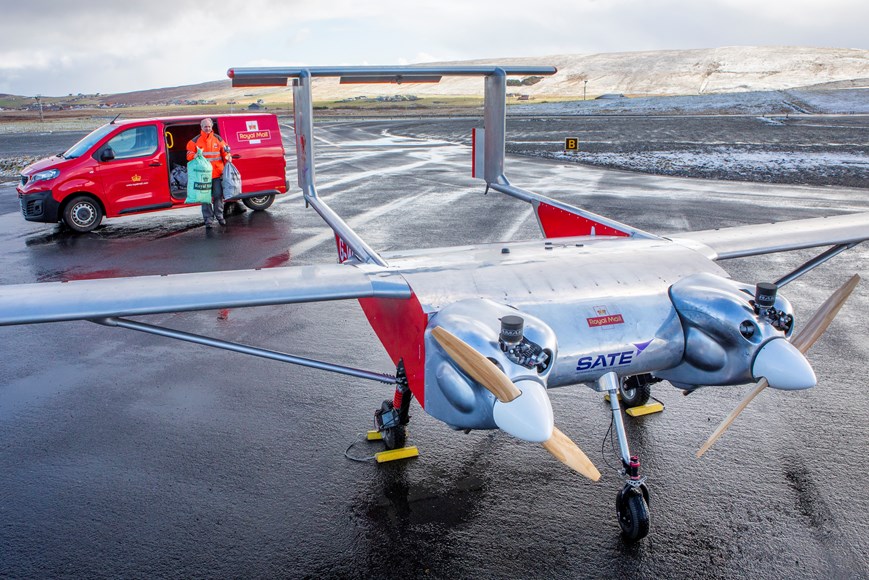 The UK’s Royal Mail wants to set up as many as 50 routes over the next three years to make deliveries to remote communities. , which requires approval from the Civil Aviation Authority, would see the service secure up to 200 of the autonomous devices from logistics drone company Windracers.

The Royal Mail said the first communities to benefit would be the Isles of Scilly (off the coast of Cornwall in south-west England) and the Scottish islands of Shetland, Orkney and the Hebrides.

In the most recent one, held in April, the service was able to use a UAV to deliver mail to Unst, Britain’s most northerly inhabited island, from Tingwall Airport on Shetland’s largest island. That’s a 50-mile flight each way.

The twin-engine drone used in the tests can carry a payload of up to 100 kg of mail and take two return flights each day. The Royal Mail said the device has a wingspan of 10 meters and can withstand difficult weather conditions with the help of its autopilot system. After the drone arrives at its destination, a postal worker will retrieve the mail and parcels and deliver them.

The Royal Mail claimed the drones would help it reduce carbon emissions and provide a more reliable delivery service to islands. It eventually hopes to have a fleet of more than 500 drones that will operate across the UK.