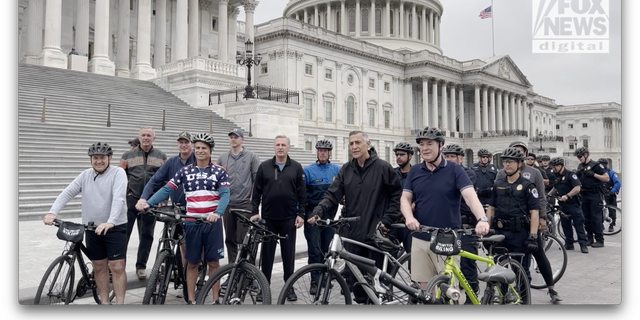 “I want them to know that we support them, not just this week, but every single day,” McCarthy told Fox News. “We’re going to ride with them, share time with them and continue to support them.”

The second annual Back the Blue Bike Tour, hosted by McCarthy’s office, began at the Capitol and went through the National Mall with stops along different landmarks before ending at the National Law Enforcement Officers Memorial.

House Republicans and Capitol Police pose for a picture before the “Back The Blue Bike Tour”. (Fox News Digital/Jon Michael Raasch)

BIDEN, IN POLICE WEEK STATEMENT, TALKS OF ‘DEEP SENSE OF DISTRUST’ TOWARD COPS FROM BLACK AMERICANS

At the memorial, the House minority leader and other Republicans, including New York Reps. John Katko and Nicole Malliotakis, emphasized the importance of strong policing and honoring those who died in the line of service. McCarthy pointed out that more than 600 police officers died while serving in 2021.

“You’re riding, feeling great, and then the somberness,” he told Fox News. “You think about their children, the husband and wives who are left behind.”

“It’s a time that people come together as you stand here with other police officers throughout the country,” McCarthy added. “We’re honoring them today, but we should honor them each and everyday.” 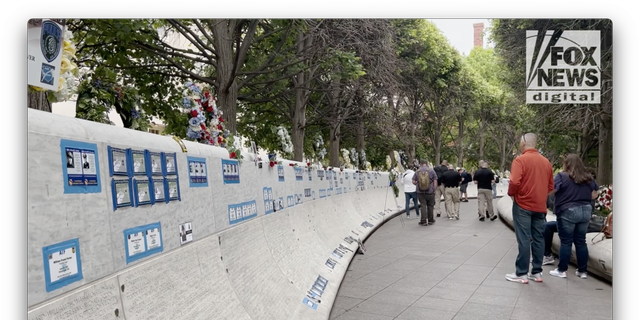 Last year, McCarthy established the American Security Task Force, which was intended to focus on border security and supporting law enforcement. Katko, who led the task…