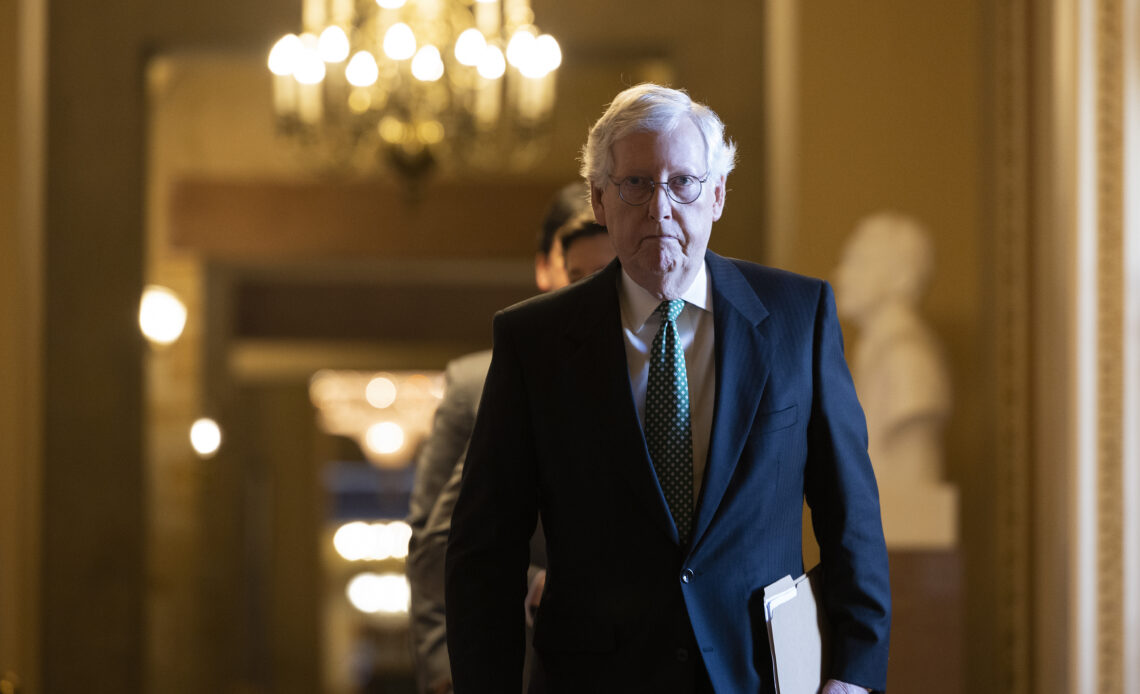 The president said Ukraine is defending not only its own state but all democratic values and freedoms and the right of people to freely choose their own future.

Zelenskyy hosted the delegation inside the House of Chimaeras, which is on the premises of the presidential administration.

The visit comes as a $40 billion aid package to fortify Ukraine’s defenses against the Russian invasion stalled in the Senate following Sen. Rand Paul’s (R-Ky.) demands for a watchdog to track the money.

Before the Senate left Thursday, McConnell and Senate Majority Leader Chuck Schumer made a rare bipartisan request on the floor, offering Paul a vote on his amendment to the package in exchange for moving more swiftly on the aid. But Paul rejected their request and instead wanted to change the underlying bill.

Passage of the aid package is now expected next week.

Christopher Miller contributed to this report.