Parole rescinded for man who killed wife in front of children after Gov. Tony Evers intervenes 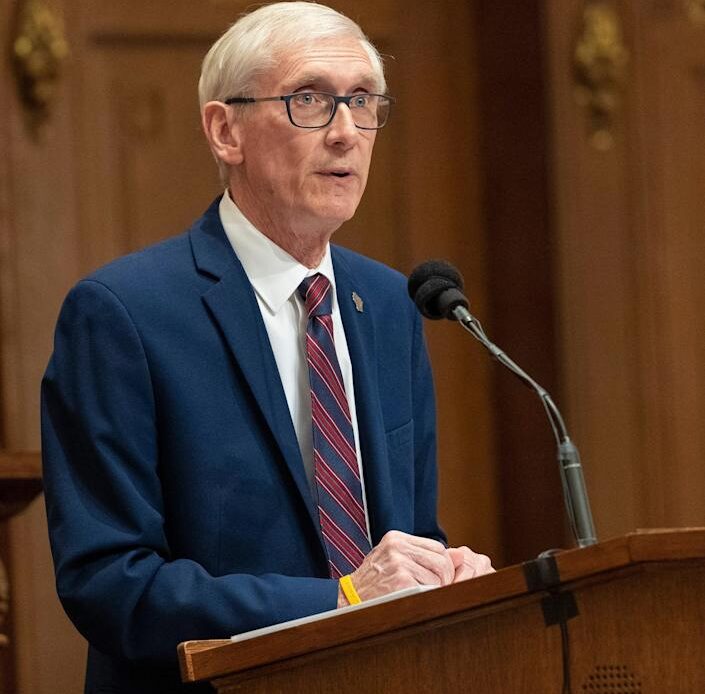 MADISON – State officials on Friday rescinded a decision to parole a man who stabbed his estranged wife more than 40 times in front of their children, an uncommon reversal sought by Gov. Tony Evers just six days before the convicted killer was eligible to leave prison.

The move came just hours after Evers implored the chairman of the Wisconsin Parole Commission to reconsider his decision to release Douglas Balsewicz more than 50 years before his sentence expired.

Evers sent the letter to Chairman John Tate following a meeting with the victim’s family, who had been asking for a conversation for days, and under heavy criticism from Republicans vying to defeat him in November.

The governor met with several relatives of Johanna Rose Balsewicz, a mother of two who was killed in 1997 at age 23 by Douglas Balsewicz — a meeting that left the victim’s daughter and sisters hopeful, they said.

“I think it’s very wrong what Tate did and decided and I hope he changes his mind after this,” Nikkole Nelson, Johanna Balsewicz’s daughter, said outside of Evers’ office after the meeting.

Nelson, who at 2-years-old witnessed her mother’s brutal murder, brought with her to the state Capitol her 4-week-old daughter, who bears the same middle name as her grandmother.

By Friday evening, the parole had been revoked.

“I understand the concerns raised by the Governor regarding victim input into the parole process,” Tate said in an email. “Given the importance of the opportunity for victims to be heard and for their input to be meaningfully considered, I have placed the parole grant on hold, effectively immediately, and will be rescinding my previous approval of parole.”

“Oh my God, are you kidding me?” Kim Cornils, Johanna Balsewicz’s sister, exclaimed to an Associated Press reporter when he told her in a phone call that Tate had agreed to rescind Douglas Balsewicz’s…