Russian troops pull back from Kharkiv after weeks of bombardment, Ukraine says – National 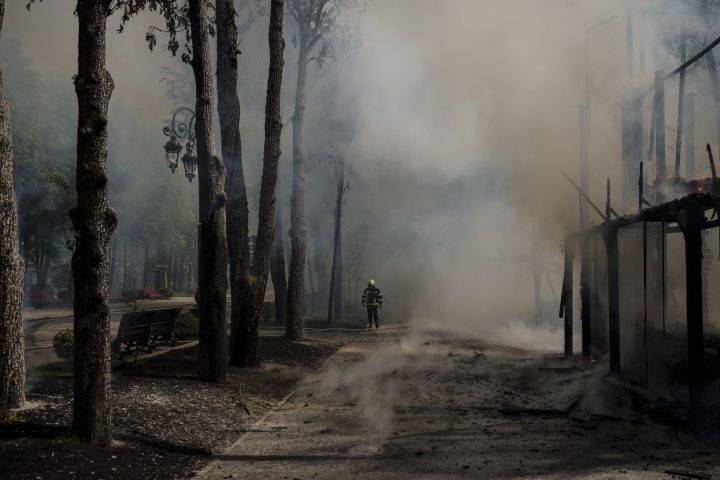 Russian troops are withdrawing from Ukraine’s second-largest city after weeks of heavy bombardment, the Ukrainian military said Saturday, as Kyiv and Moscow’s forces engaged in a grinding battle for the country’s eastern industrial heartland.

Ukraine’s general staff said the Russians were pulling back from the northeastern city of Kharkiv and focusing on guarding supply routes, while launching mortar, artillery and airstrikes in the eastern Donetsk province in order to “deplete Ukrainian forces and destroy fortifications.”

The faces of Mariupol: Young and old tell of harrowing escapes from city under siege

As the country’s top prosecutor put a Russian soldier on trial for war crimes, the first of dozens that could face charges, President Volodymyr Zelenskyy said Ukrainians were doing their “maximum” to drive out the invaders and that the outcome of the war would depend on support from Europe and other allies.

“No one today can predict how long this war will last,” Zelenskyy said in his nightly video address late Friday.

Russia’s offensive in the Donbas, a mining and industrial region which Moscow-backed separatists have partially controlled since 2014, appeared to be turning into a back-and-forth slog with no major breakthroughs on either side.

Local residents stand at the side of damaged during a heavy fighting buildings in Mariupol, in territory under the government of the Donetsk People’s Republic, eastern Ukraine, Friday, May 13, 2022.

After failing to capture Kyiv, Ukraine’s capital, the Russian military decided to concentrate on the Donbas, but its troops have struggled to gain and hold ground. Before the war, Ukraine had its most highly trained soldiers…