Trending
Women’s bodies continue to be policed as breasts deemed “offensive” in Adidas advert Shanghai tightens lockdown to hit 'zero-COVID' goal by late May Rose Ayling-Ellis and Giovanni Pernice are planning more TV projects together Open: This is "Face the Nation with Margaret Brennan," May 8 What J.D. Vance Has Said on Voter Fraud as Ohio Sets Mail-In Ballot Record
Technology 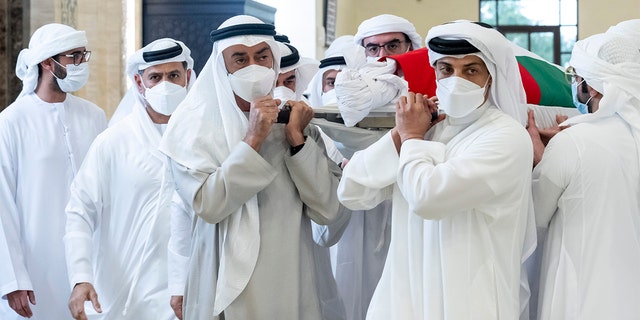 The state-run WAM news agency said the rulers of the country’s seven sheikhdoms made the decision at a meeting held in Al Mushrif Palace in Abu Dhabi.

It comes after the late President Khalifa bin Zayed Al Nahyan died Friday at age 73. The transition of power marks only the third time this U.S.-allied nation of seven sheikhdoms has selected a president since becoming an independent nation in 1971.

The last, which saw Sheikh Khalifa take over for both his and Sheikh Mohammed’s father, Sheikh Zayed bin Sultan Al Nahyan, came after his death in 2004. The speed of Saturday’s announcement, just a day after Sheikh Khalifa’s death, appeared designed to show unity and reassure the world of the stability of this crucial oil-and-gas producing nation that hosts Western military forces.

NBA TO STAGE GAMES IN UAE, WHERE HOMOSEXUALITY PUNISHABLE BY DEATH

WAM described the vote as unanimous among the rulers of the country’s sheikhdoms, which also includes the skyscraper-studded city of Dubai.