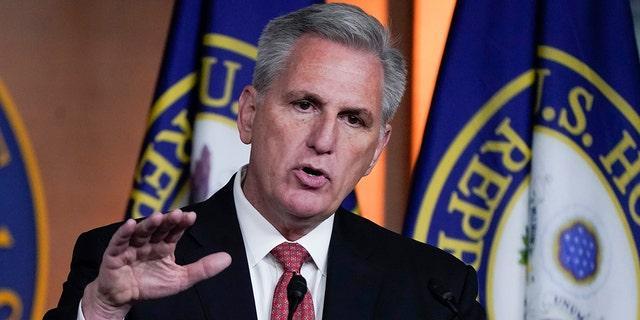 “The Biden administration is scrambling five days before their own deadline to end Title 42 because President Biden’s open border policies have created, in the words of Homeland Security Secretary Alejandro Mayorkas, an ‘unsustainable’ crisis for our country,” McCarthy said in a statement to Fox News Digital.

The Biden administration is planning on lifting the order, which has been used to expel a majority of migrants at the southern border since March 2020, on Monday. But it is being challenged by a coalition of Republican states, who say the move is unlawful and are seeking a preliminary injunction.

McCarthy was reacting to a request by the Biden administration to a federal judge that asked him to make a decision on the lawsuit by Friday because it would “help to avoid uncertainty that could pose operational challenges.”

“Defendants respectfully request that, if possible, the Court endeavor to issue a decision by that date,” the legal team says in the notice.

Judge Robert Summerhays, a Trump nominee, had earlier granted a temporary restraining order blocking the administration from transitioning away from Title 42 before that date.