Clinton team ‘did not trust’ FBI in 2016, blames ‘most damaging days of campaign’ on Comey: Mook testimony 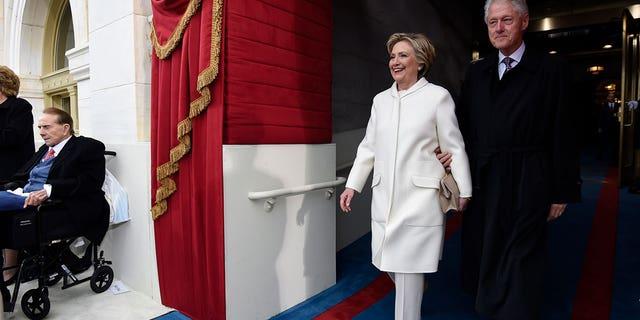 WASHINGTON, D.C. — Former Clinton campaign manager Robby Mook said Friday that campaign officials “did not trust” the FBI in 2016, and testified that some of “the most damaging days of the campaign” were caused by former FBI Director James Comey, “not Trump.”

Mook was called to the stand by Michael Sussmann’s defense Friday, and was asked whether he, or any Clinton campaign officials, authorized the defendant to bring information alleging a covert communications channel between the Trump Organization and Russia’s Alfa Bank to the FBI.

SPECIAL COUNSEL JOHN DURHAM’S PROSECUTION OF MICHAEL SUSSMANN: EVERYTHING YOU NEED TO KNOW

The defense asked Mook if the campaign “would have wanted to engage with the FBI” in September 2016.

“This was alarming information… if vetted, we would want to get the information to the public, but going to the FBI does not feel like the best way to communicate with the public,” Mook said.

“With respect to the FBI, as I am sure they are patriotic people, we did not trust them,” Mook explained. “Two or three of the most damaging days of the campaign were caused by Comey, not Trump.”

Mook slammed Comey, saying he “broke protocol,” and referred to the public statements he made regarding the FBI’s investigation into Hillary Clinton’s private email server and handling of classified information…