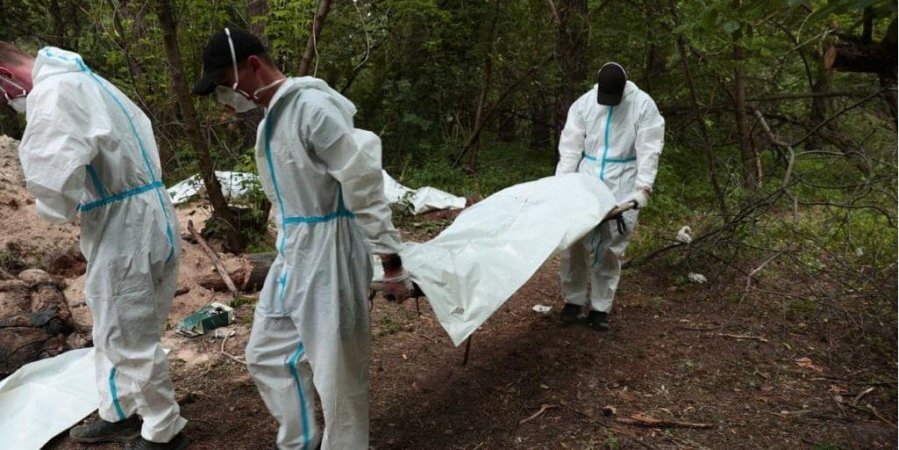 “This mass grave for the executed civilians was found today. It was located near the positions that the soldiers of the Russian Federation held near the village of Myrotske, Bucha district. Many of the victims had their hands tied and were shot through their knees.”

According to Nebytov, experts have already begun to work on the identification of the dead civilians.

After the retreat of the Russian invaders from the Kyiv oblast, the world saw the consequences of their atrocities, the victims of which were hundreds of civilians. Bodies of people tortured and killed by Russian soldiers were found in Bucha, Irpin and along the Zhytomyr highway.

Minister of Foreign Affairs of Ukraine Dmytro Kuleba said that the massacre carried out by the Russian invaders in Bucha was deliberate. The mayor of Bucha, Anatoly Fedoruk, said that the Russian military had compiled lists of the city’s residents they were going to execute.

Western leaders strongly condemned the war crimes of the Russian army and called for an investigation and bringing those responsible to justice. An independent UN commission, as well as a separate fact-finding mission from the International Criminal Court, are both in Ukraine collected…