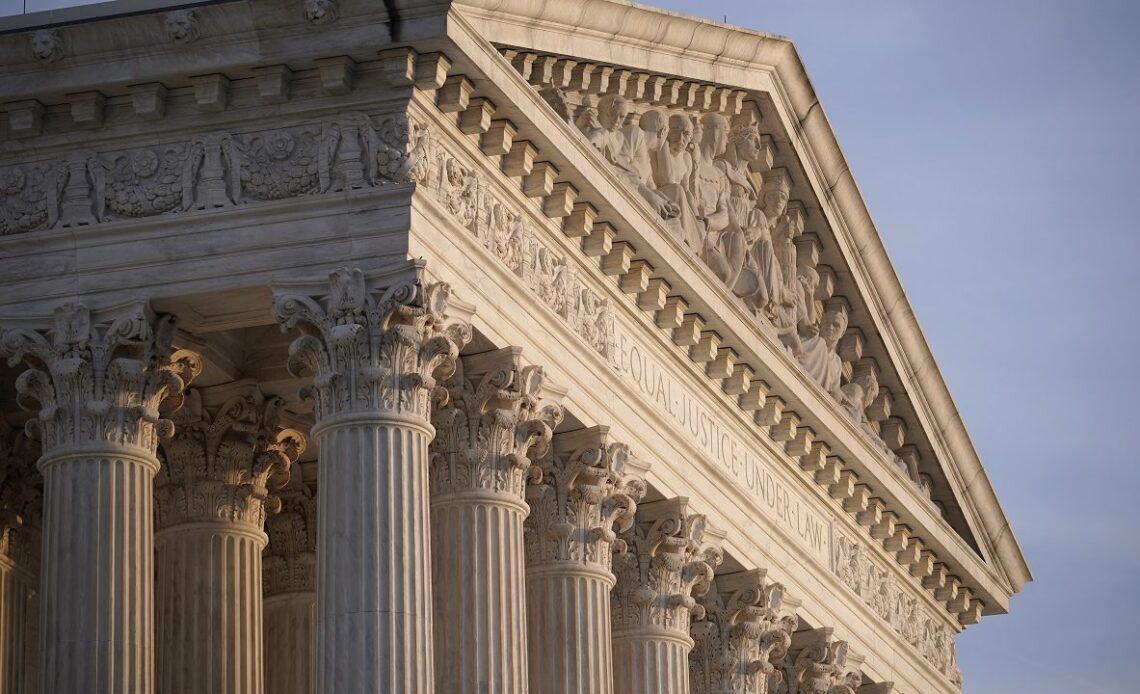 Pro-choice protesters staged a blockade of streets near the U.S. Supreme Court building on Monday, with the knowledge that the court was scheduled to hand down opinions that morning.

One case awaiting a decision is Dobbs v. Jackson Women’s Health Organization, which deals with a Mississippi law banning abortion after 15 weeks of pregnancy, posing a direct challenge to the viability standard set by Roe v. Wade. A leaked draft opinion dated February said the court was overturning Roe in its entirety, eliminating the court’s recognition of a constitutional right to abortion.

“On June 13, one of the Supreme Court’s 2022 decision days, we plan to blockade the streets around the Supreme Court to rise up for the transformative change that our communities need,” the website for the group ShutDownDC, said. “Right now our political system is in crisis. Times of crisis can either be opportunities to break through the inertia and win transformational change or they can be opportunities for the establishment to further entrench the status quo.”

The Supreme Court ended up issuing opinions in five cases Monday morning, but not Dobbs. The court is next scheduled to release opinions on Wednesday.

ShutDownDC previosuly held a “vigil” outside Supreme Court Justice Samuel Alito’s home on May 9 in response to the leaked draft, which Alito had authored.

The blockade continues a pattern of protest that has included demonstrations outside the justices’ homes. Federal law prohibits such actions if taken with the intent to influence a judge, but the Justice Department has yet to take action against these activities.

Last week, a California man was arrested and charged with attempted murder after he was allegedly outside Justice Brett Kavanaugh’s home armed with a gun and knife, plotting to assassinate the justice.