Analysis: Why is Prince Charles headed to Rwanda? 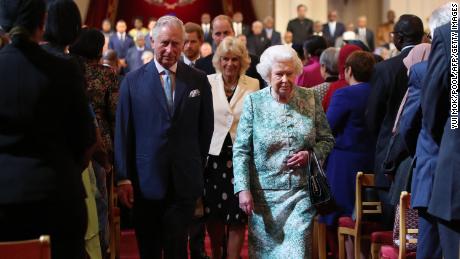 The Duke and Duchess of Cambridge were caught out by photo ops that some criticized for their colonialist undertones. The Prime Minister of Jamaica told the couple in public that his country would be “moving on.” Prince William later conceded that foreign tours were an “opportunity to reflect.”

A follow-up visit to the region by the Earl and Countess of Wessex then had to be rearranged to avoid Grenada, where there have been calls for the UK to pay reparations for slavery. There were concerns in the government that the issue could overshadow the visit.

A visit to Canada by Prince Charles and the Duchess of Cornwall last month was less contentious — while there is a republican movement there, it isn’t rooted to the same extent in issues of slavery and race.

The heir to the throne may be under more scrutiny in Africa next week, when he attends the Commonwealth Heads of Government Meeting in the Rwandan capital, Kigali. While the Queen is the head of the Commonwealth, the role is purely ceremonial and the UK has no more power within the grouping than any other country.

Charles will represent her, which will help prepare everyone for the time when he takes over as head. The question that inevitably surfaces is whether he will be as effective as his mother, but he’s no doubt used to that. The more profound question that comes up is whether, with its origins in the British Empire, the Commonwealth is still relevant.

The location of the 2022 meeting may provide one argument in favor of the organization. The host, Rwanda, only joined the group in 2009 and has no historical ties to the UK. In fact, this will be the first time a member of the royal family has set foot in the country.

“My wife and I much look forward to meeting Commonwealth leaders and, for the first time, being able to visit Rwanda,” Charles said ahead of the visit. “Over the years, I have learned a great deal from the ideas, concerns and aspirations which people across the Commonwealth have so generously shared.”

There will be other engagements built around the main event. Charles will visit a college and a wildlife sanctuary, and attend summits on sustainable business and tropical disease. Camilla will go to a library and later give a speech on violence against women and girls. Together they will lay a wreath at the Genocide Memorial and meet both survivors and perpetrators of the 1994 massacre of Tutsis.

UK Prime Minister Boris Johnson will also be attending “CHOGM,” as the meeting is known. He…