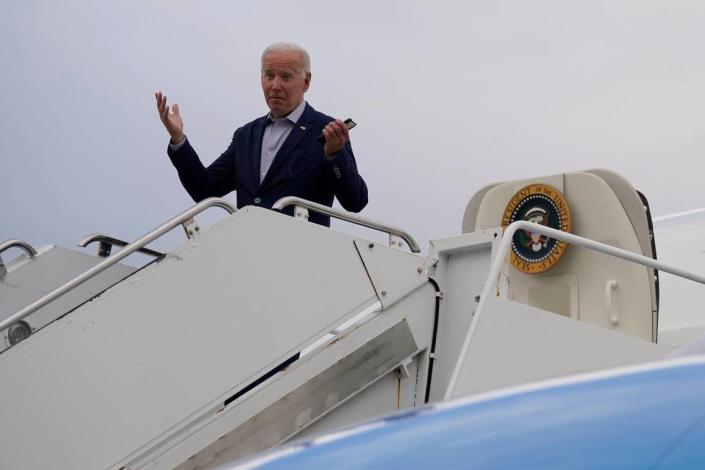 You know the one: Drive past your local station, hoping to reach a spot with a slightly lower price.

I won big this weekend, passing up my local station’s $4.799 a gallon, pulling into Costco with half a gallon to spare and saving 20 cents per gallon.

I drove on feeling like a millionaire. But then I did the math: My fill-up would have been a whopping $3 more closer to home.

Expect a similar reaction nationwide if President Joe Biden persuades Congress to pause the federal gasoline tax for three months, an idea he was expected to announce Wednesday afternoon.

Federal taxes add 18.4 cents to a gallon of unleaded, and 24.4 cents for diesel. (In Texas, state taxes add 20 cents a gallon to either). The Associated Press calculates that at a national average of about $5 a gallon, people would save about 3.6%.

Let’s be clear about one thing: Every bit of savings helps, particularly for poorer families. Rapid inflation is crushing people, and there’s often not much they can do to use less fuel. Economists say, however, that such a modest cut might not even be noticed — especially cast against the rapid rise in prices since Biden took office.

This move is clearly meant to stem the tide of Americans’ anger and pessimism, which has Biden’s approval ratings at Trumpian levels and Democrats panicking about huge midterm losses in November.

And yet if Congress enacted his plan, the tax would be set to return at the end of September — a sudden spike right as voting gets underway in some states. Smart!

But Biden has to try something, because the blame-everyone-else strategy isn’t working. The White House is still trotting out the sad “Putin’s price hike” framing, as if people didn’t notice higher prices before the invasion of Ukraine. He’s attacking oil companies and asking them to reduce profits — without acknowledging that he all but invited them to take profits short-term by taking steps to curtail production long-term.

Next month, he’ll go to Saudi Arabia and implore it, too, to boost production. What happens if leaders of the state he condemned as a “pariah” asks: Why should we?

Energy prices underlie all inflation because of shipping costs. And the effect is cumulative; farmers are warning of possible food shortages if…