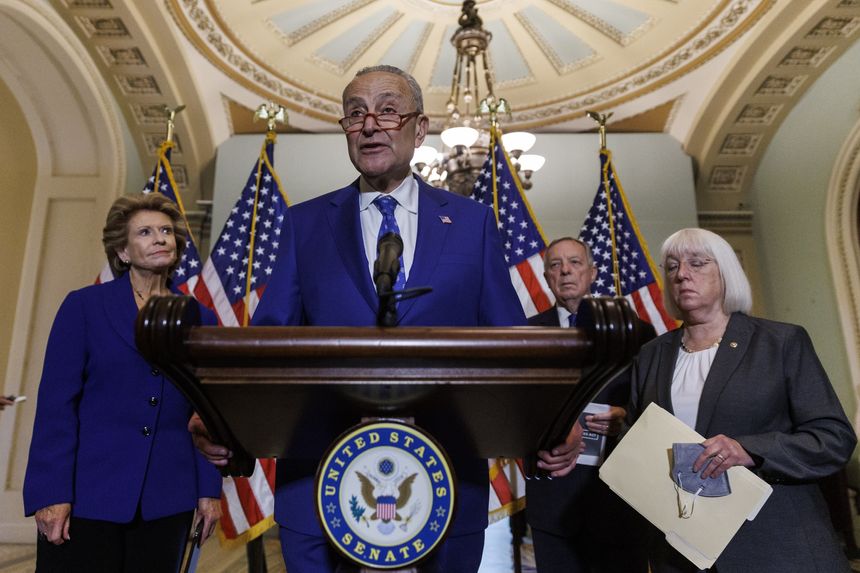 The Senate voted 64-34 late Tuesday to debate a bipartisan gun violence bill, and its principal virtue is that it focuses on the source of too many mass shootings: young, troubled men.

The bill covers three main areas: money for states to implement so-called red-flag laws and beef up mental-health services; money for enhanced school safety; and additional scrutiny of gun buyers who are under the age of 21 or domestic abusers, as well as enhanced penalties for purchasing a gun as a straw buyer or trafficking in guns.

rushed through the House two weeks ago. That bill is a nonstarter in the Senate, with some Democrats and nearly all Republicans opposed. GOP negotiators led by Texas Sen.

also blocked several Democratic Senate demands, including a ban on the purchase of so-called assault weapons for anyone under age 21, licensing requirements, and mandatory waiting periods for all buyers.

One useful provision in the bill would correct a hole in background-check screening for those under 21. The current system doesn’t access juvenile records, though those records often contain mental-health or criminal histories that would bar an adult from obtaining a firearm. Mental-health problems often appear before age 18, and mass shooters with disturbing records have bought guns legally.

The compromise will push into the background-check system only juvenile records that are “disqualifying” for a gun purchase under current federal firearms statutes. There are no mandatory waiting periods, though the FBI would have up to 10 days to investigate possibly disqualifying juvenile records. Eighteen-year-olds with no troubling histories will have no difficulty passing the background check.