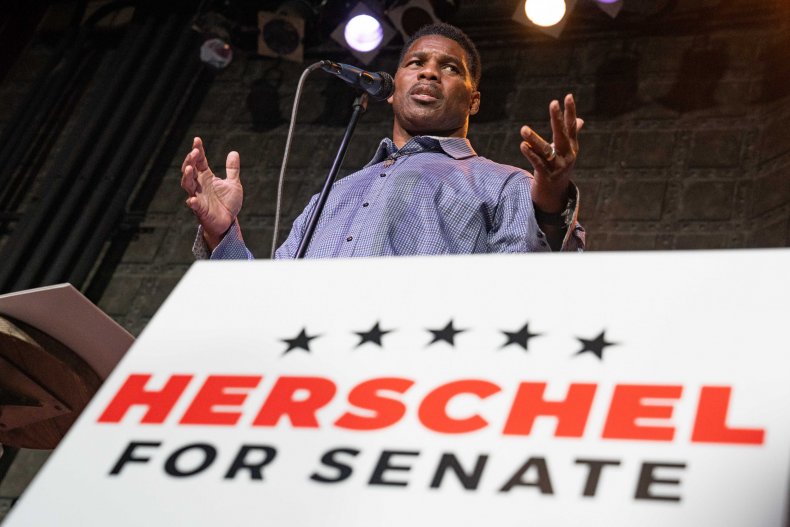 Herschel Walker, a Republican Senate candidate from Georgia, suggested that there are a total of 52 U.S. states while denouncing Democratic Georgia gubernatorial candidate Stacey Abrams.

Walker, during a Tuesday interview on conservative podcast The Clay Travis and Buck Sexton Show, urged Abrams to leave Georgia and go to one of the “51 more” states to live in. Abrams controversially called Georgia the “worst state in the country to live” last month. Walker, a former NFL star, said that he found Abrams’ remark to be “insulting.”

“If you don’t believe in the country, leave and go somewhere else,” he added. “If it’s the worst state, why are you here? Why don’t you leave? Go to another—there’s what, 51 more other states you can go to, you don’t have to be here.”

Host Clay Travis followed up Walker’s remarks by subtly correcting him on the current number of U.S. states before suggesting that the Republican candidate’s inflated count could eventually become a reality.

“Like you said, Stacey Abrams, a lot of other states she could choose to live in,” Travis said. “Forty-nine of them. And, uh, maybe the District of Columbia—I know Democrats want to make D.C. and Puerto Rico states.”

Newsweek reached out to the Walker campaign for comment.

Abrams is set for a rematch in November’s election with Republican Georgia Governor Brian Kemp, who she narrowly lost to in 2018. Kemp was one of many to lash out at Abrams for calling Georgia the “worst” state.

Abrams later responded to the backlash by saying her comment was made with an “inelegant delivery,” arguing that she intended to criticize Kemp for touting Georgia’s treatment of businesses while ignoring living and working conditions for residents.