How Netflix’s ‘Umbrella Academy’ is saved by Elliot Page 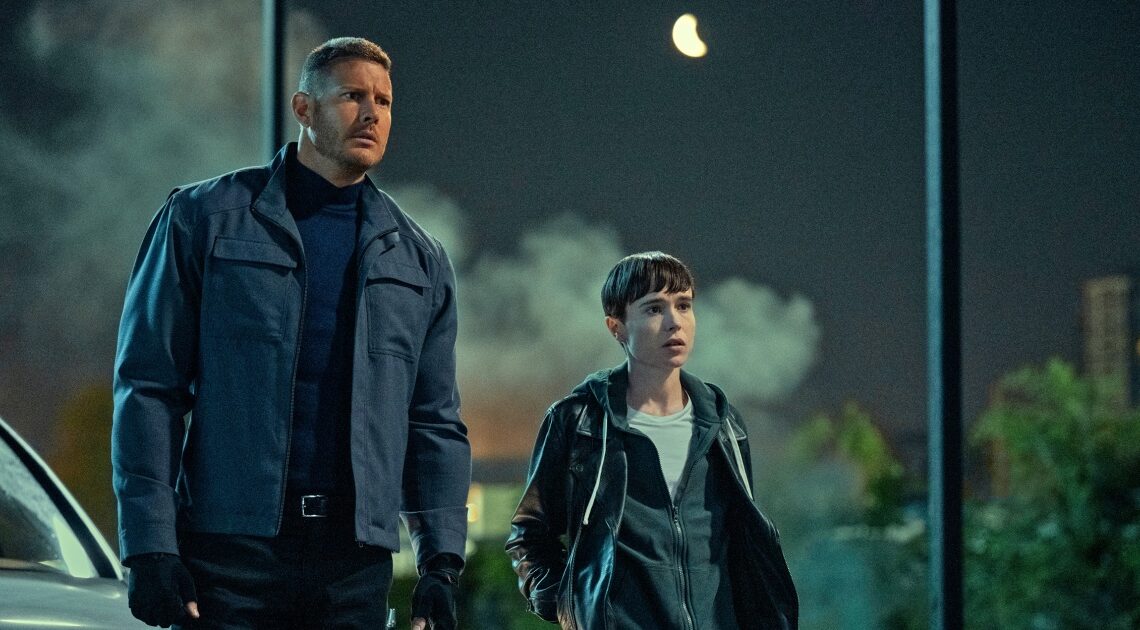 Netflix’s current biggest in-house superhero franchise, “The Umbrella Academy,” was a breath of fresh air when it arrived on the heels of Netflix mass-canceling its Marvel series. It also challenged the notion that being born with superpowers would inherently be a good thing in today’s society, and not a source of massive childhood trauma.

Of all the superhero franchises Netflix has attempted to launch, “The Umbrella Academy” is easily its biggest hit.

Three seasons in, the series is trying to do too much, and some of the show’s best moments are the ones it never saw coming. The overall effect is of a season that sticks the landing because of good luck (and the real-life story of one very courageous star), not unlike the way its titular group of superheroes usually end up saving the world.

Of all the superhero franchises Netflix has attempted to launch, “The Umbrella Academy” is easily its biggest hit. Most only lasted a season (“Jupiter’s Legacy,” anyone?) or have flown under the radar, like “Locke & Key.” It is also one of the few (if not the only) of Netflix’s superhero franchise legitimately able to challenge Marvel’s supremacy, at least more than certain DC films can claim. And that’s because it takes all the good things about comic books — the colorfulness, the playfulness — and adds the one thing that Disney cannot abide: chaos.

Since its first season, “The Umbrella Academy” has thrived on chaotic storylines, throwing around time traveling tales and multiverses like ping pong balls, and delighting in whichever way they landed. Season Three triples down on the trope, taking the seven Umbrella members and sending them home to the wrong timeline, one where they’ve not only been replaced with seven other superpowered people (now working under “The Sparrow Academy”) but where they were never actually born in the first place.

This causes a paradox, the kind that doesn’t just end life on Earth, but the entire universe. In response, the show cheerfully delves into concepts like “The Grandfather Paradox” and “Kugelblitz” — types of time-travel terms hardcore science fiction nerds would easily grasp, but which Marvel avoids. Even when Marvel has attempted time travel and multiverses, it keeps things as straightforward as possible for fear of mainstream audiences becoming confused and tuning out. However, “The Umbrella Academy” assumes a level of intelligence from its audience and trusts fans to…