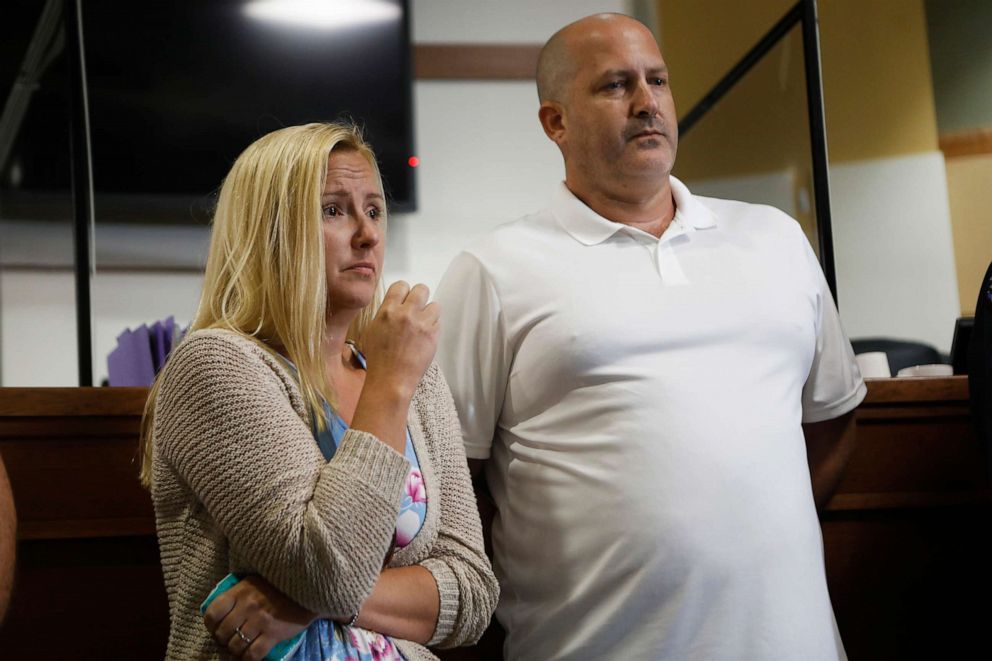 A Florida judge told lawyers for the parents of Gabby Petito and Brian Laundrie that he will make a decision on whether he will dismiss a civil lawsuit brought by the Petitos in the next few weeks. The two sides appeared in Sarasota County Court on Wednesday.

Joseph Petito and Nichole Schmidt, the parents of Gabby Petito, brought a lawsuit against Christopher and Roberta Laundrie after their daughter was murdered. The Petitos claim in the lawsuit that Brian Laundrie, Petito’s boyfriend, told his parents he had killed her before he returned home alone from their trip out West.

The Laundries filed a motion to dismiss the lawsuit.

In court filings, lawyers for the Petitos claim the Laundries failed to disclose that Petito was killed or where her body was and then went on a vacation with their son after she was killed.

In a hearing held over Zoom, Matthew Luka, a lawyer for the Laundries, argued that the law did not oblige them to disclose any information on Gabby Petito and that they had a first amendment right not to speak.

Patrick Riley, a lawyer for Petito’s parents, told the judge the case was about Laundrie parents’ conduct after they found out that Gabby Petito was killed by their son. Riley alleged that the Laundries knew on Aug. 28 that Gabby Petito was killed, where the body was and that her family was desperately looking for information. The family then knowingly went on vacation with Brian Laundrie, Riley alleged.

Riley also alleged that a statement made by a lawyer for the Laundries saying they hope Gabby Petito is found was made while they knew she was dead and that her body was in a different location than where investigators were searching at the time.

Riley claimed first amendment protections does not apply in this case.

Judge Hunter Carroll also held a hearing in a wrongful death suit filed by Gabby Petito’s mother. Schmidt is seeking damages in excess of $30,000 and is demanding a trial by jury. Riley said he is awaiting a response from representatives for the estate before the case could move forward.

Eleven days into the…