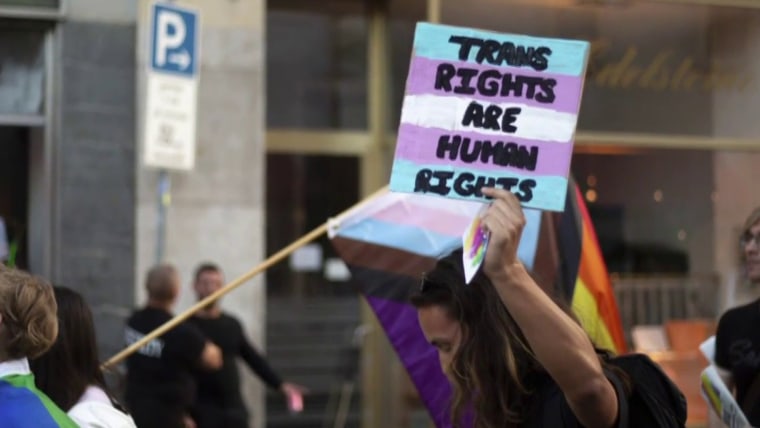 On Sunday, FINA, the international governing body of swimming, released a new transgender participation policy for athletes, one that is more restrictive and extreme than any existing policies and is sure to have ripple effects throughout the world of sports.

It bans any transfeminine athlete who transitioned after age 12 from competing in the women’s division of elite swimming competitions, as well as requiring chromosomal verification from all athletes. It also proposes a third, “open” division for transgender people who have gone through any part of a testosterone-driven puberty. Such an extremely restrictive policy is not supported by available science about testosterone’s impact on athletic performance, and it is also out of step with the International Olympic Committee’s new framework for transgender inclusion.

Trans people in sports are generally ignored until they begin to win; that’s when they become threats to the status quo.

A restrictive policy like this dehumanizes transgender athletes, reducing them to their bodies and their biology. It erases their humanity, putting the perceived fairness of a sporting competition (and it must be asked, fair for whom?) above the rights of an entire class of people. Ultimately, it deems only those who can perform their transness in a certain way worthy of being allowed to compete in a sporting arena.

But there is more than that, too. These kinds of policies filter transness through a cisgender lens, warping it into something cissexist society can understand. It is prescriptive of how people should be trans; not every trans person is transitioning from one seemingly binary gender to the other. There are as many ways to be trans as there are people in the world, and not everyone wants hormones or surgery as part of their transition. These policies also associate transness with medical intervention, invalidating the trans identities of folks who cannot or choose not to seek medical transition.

And, perhaps most damaging of all, a framework that requires trans people to have begun medical transition before puberty seeks to set up a hierarchy in which people who have an awareness of and access to transition in childhood are deemed more acceptable or less threatening and therefore “better.”

Why do cisgender people get to make policies that police the bodies of transgender people? The trans community is consistently gatekept from accessing gender-affirming care that cis people are allowed: Hormone…