The mask is off. Europe is next 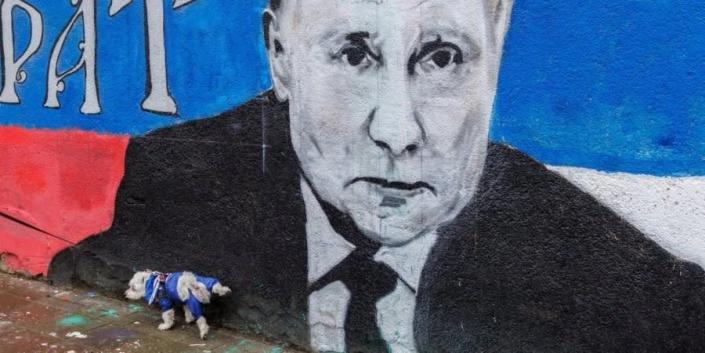 Readers have asked me for my updated thoughts on the war in Ukraine. Here are my somewhat unstructured but definitely very gloomy thoughts.

I wrote a four-part series on the war in Ukraine. If you missed it, you can read it here.

This war is not about Ukraine

When Putin started the war, he tried to shift the blame to NATO, calling it the instigator. He argued that Russia had no choice but to defensively launch the war to prevent NATO from surrounding Russia from all sides.

The reality, of course, was very different. NATO was a sclerotic, toothless, mission-less defense (not offense) alliance in retirement, collecting its “peace dividend” from the breakup of the Soviet Union. Most of its European members maintained their defense spending below NATO charter rules.

Yes, the US, arguably NATO’s most important member, was increasing its defense spending. But Russia was an afterthought in the rationale for this increased spending. Our single focus was on China. Of course, ironically, this offended the sensitive Russian ego. Russians felt that nobody feared and respected them anymore.

Another excuse Putin used to sell the war to Russians was that the mighty Russian army was purifying Ukraine from Nazis and drug addicts. This was a lie. Ukraine has about as many Nazis as any other country in Europe, no more and no less. I wrote a lengthy essay on this topic. And if Putin was really worried about drug addicts, Russia should have invaded San Francisco instead.

A few days ago, Putin finally lifted his veil of pretense. He compared himself to Peter the Great and the war in Ukraine to Russia’s 21-year war with Sweden. He said (I am paraphrasing) that Peter had returned land to and fortified Mother Russia, and he added that now it was his time to do the same. Putin openly wants to be Vlad the Great, and Russia looks at Europe as its oyster.

Most (not all) Russians outsource their thinking to a few TV channels controlled by the government, where they are told what to think by a few propagandists. You may see a parallel between this and some Americans and their favorite TV networks.

Take this American image and multiply it by a thousand and you’ll get the level of brainwashing of an average Russian. The message on Russian TV is carefully curated by the Kremlin, and you can, for instance, go to jail…