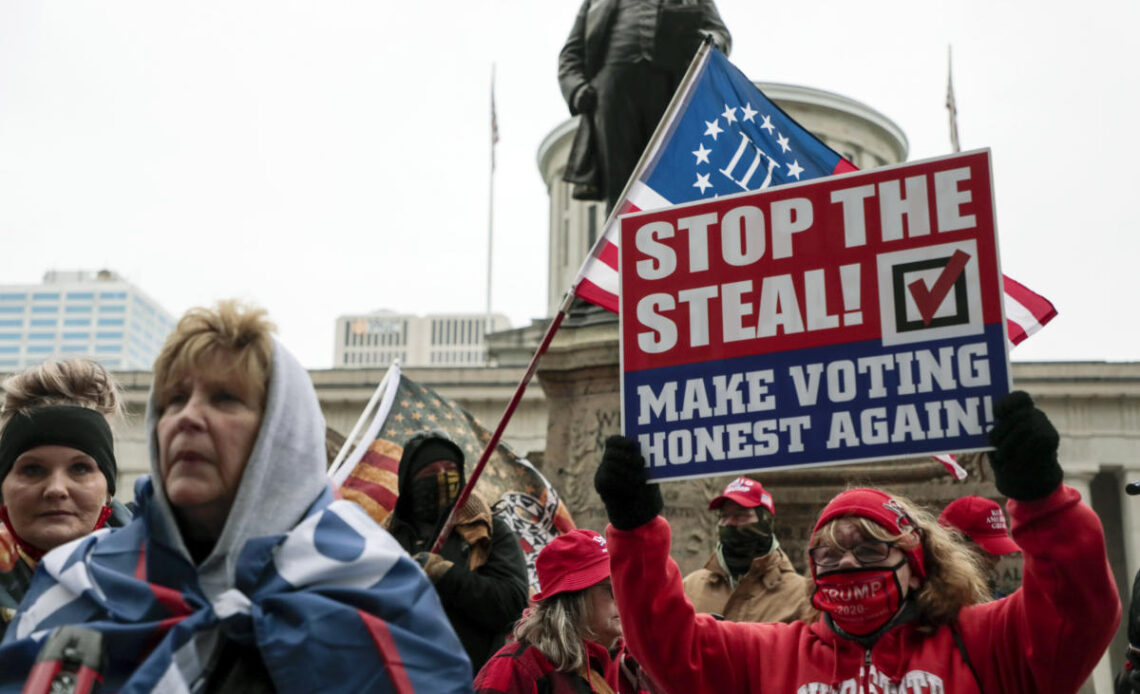 COLUMBUS, Ohio (AP) — This week’s gripping testimony to Congress about threats to local election officials after the 2020 presidential election had a rapt audience far beyond Washington — secretaries of state and election clerks across the U.S who said the stories could easily have been their own.

Death threats, harassment and unfounded accusations have driven local election officials from their jobs, unprecedented attacks that many say threaten not just themselves but American democracy itself.

A day after the local election office in Medford, Oregon, certified the results from the 2020 election, workers found a message spray-painted on their parking lot: “Vote Don’t Work. Next Time Bullets.”

“We spent the rest of the day pretty much in shock that this had happened here,” Jackson County Clerk Chris Walker testified during a hearing earlier this year on state legislation to protect election workers. “The noise happening around the country had hit home.”

At Tuesday’s hearing of the House committee investigating President Donald Trump’s role in the Jan. 6, 2021, insurrection at the U.S. Capitol, a mother and daughter who were election workers in Georgia brought the sense of danger into stark relief. They testified they feared even to say their names in public after Trump wrongly accused them of voter fraud.

“There were a lot of threats wishing death upon me,” said Wandrea “Shaye” Moss, the daughter.

Georgia was a center of threats to election officials as Trump and his allies challenged his loss there to Joe Biden and as Trump mounted a pressure campaign on the secretary of state to “find” enough votes to say he’d won.

In Gwinnett County, northeast of Atlanta, a contract worker with Dominion Voting Systems faced death threats after someone shot video of him transferring a report to a county computer. Widely shared online posts falsely claimed the young man was manipulating election data.

That led Gabriel Sterling, the chief operating officer for the Georgia secretary of state’s office, to lash out angrily against the violent threats and false rhetoric in a December 2020 news conference, a moment he recalled during Tuesday’s congressional hearing.

Other misinformation targeted the suburban county, including claims that an electronics recycling truck disposing of surplus equipment outside a county office was shredding election hard drives.

The “exhaustion” of that political environment combined with the…