Why is there a pilot shortage? Start with ageism 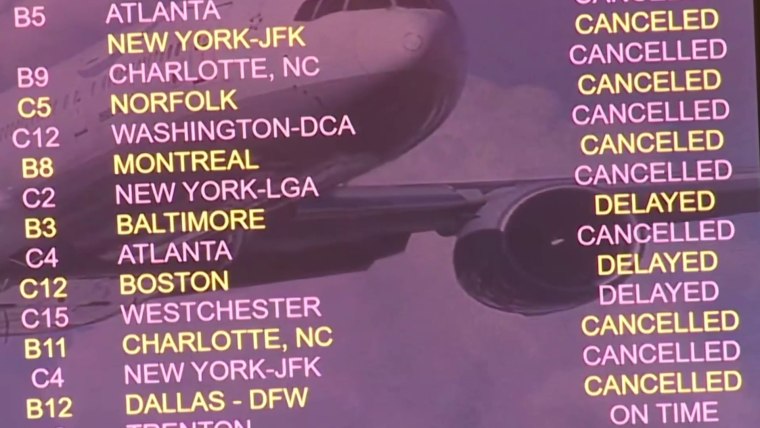 It’s being called travel Armageddon: Thousands of flights canceled. Travelers stranded in airports for days. And some airports losing service altogether. The airline industry is nosediving amid a perfect storm of staff shortages.

During the pandemic, thousands of pilots were offered early retirement packages and others were fired or furloughed because of lack of travel demand. This came on top of an already looming pilot shortage due to the advancing age of baby boomers, who as of 2019 made up almost half the pilots in the air. Now travel is rebounding from the pandemic, and the lack of pilots is dire.

The question remains: Why have a mandatory retirement age at all?

Yet the number of pilots continues to shrink. About 5,773 pilots a year are hitting the age of 65, when the Federal Aviation Administration mandates retirement for commercial airline pilots. By 2029, not a single baby boomer will be able to legally fly commercial aircraft. As they leave, they take not just a substantial part of the labor force with them, but also decades of expertise and experience in the air.

As airlines in the U.S. try to hire 12,000 pilots this year alone, numerous solutions have been contemplated — including reducing the number of required training hours for commercial pilots and providing greater financial aid and other incentives for young people to choose the profession.

Thankfully, raising the retirement age is also being looked at. Sen. Lindsey Graham, R-S.C., is reportedly considering introducing a proposal to raise it by two years to age 67. But the question remains: Why have a mandatory retirement age at all?

Retirement requirements seem archaic at best, as people are living and working longer. Yet in a narrow slice of professions, successful cases have been made that being younger is a bona fide occupational qualification, since these jobs require extreme levels of physical and/or mental skills. Given that such skills tend to decrease as we get older, mandatory retirement ages can be legal even though Congress has outlawed them for almost everyone else under the Age Discrimination in Employment Act.

On the surface, the premise makes sense. The older we get, the more likely we are to see declines in our physical and mental abilities. The person flying a plane needs to be both mentally and physically up to the task. But there is already a process to ensure this, regardless of age, which gives the lie to the idea that an arbitrary age limit is needed.