108 hours to extinguish fire at oil depot in Dnipropetrovsk region 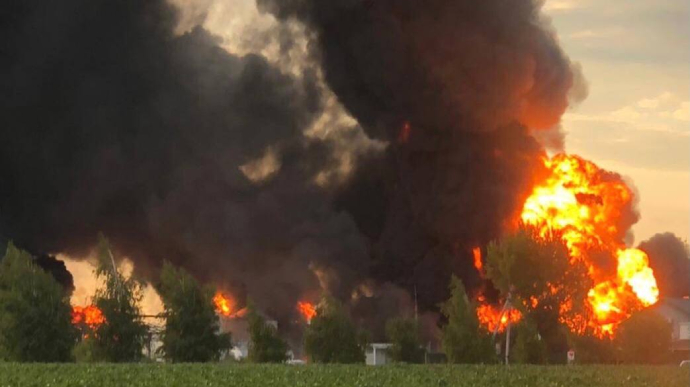 A fire at an oil depot in the Novomoskovsk district of Dnipropetrovsk Oblast, caused by a Russian missile strike on 18 June, has been extinguished.

Quote from Reznichenko: “Firefighters have put out a fire at an oil depot in the Novomoskovsk district. It took more than 108 hours to tame the flames.”

Details: The head of the Oblast Military Administration said that the Russian attack had claimed the lives of three people, while 14 had suffered burns and injuries. Eight of the injured are in hospital.