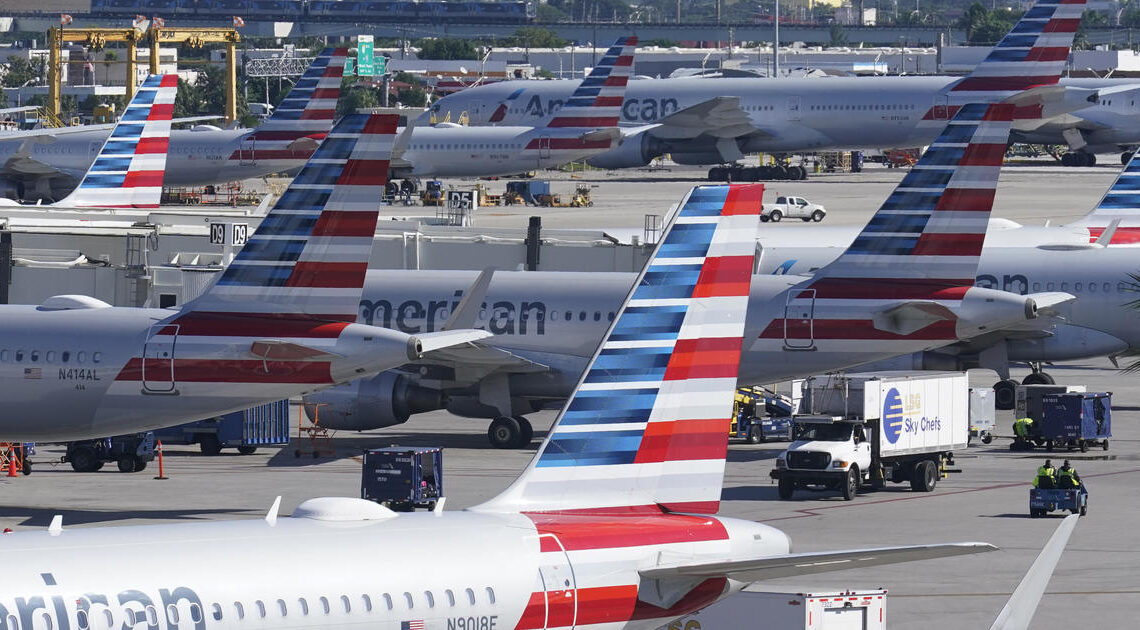 Airlines in the U.S. are struggling to meet a surge in consumer demand for domestic and international air travel as they face acute worker shortages, including in the cockpit.

American Airlines on Thursday said it is dropping service to four small cities in Iowa, New York and Ohio because it doesn’t have enough pilots to captain planes.

“In response to the regional pilot shortage affecting the airline industry, American Airlines has made the difficult decision to end service in Dubuque, Iowa, Islip and Ithaca, New York, and Toledo, Ohio,” the carrier said in a statement to CBS MoneyWatch.

The service change takes effect September 7. American Airlines said it will contact customers scheduled to travel to these destinations after the cut-off date to help them make alternate arrangements.

American Airlines has 100 regional aircraft that cannot fly because their cockpits are empty, according to the company. A spokesperson for the carrier added that it made the route cuts in anticipation of pilot and other crew member shortages persisting for the foreseeable future.

“That shortage could loom for some time, so we are taking bold, innovative steps to address the issue head-on,” the spokesperson said in a statement to CBS MoneyWatch.

Consumers got a taste of what the summer air travel season could look like over the Father’s Day weekend, when thousands of canceled flights left passengers stranded and luggage piled up at airports across the globe.

Aviation consultant Kit Darby said a lack of pilots will continue to disrupt flights worldwide through the summer travel season, and probably beyond. That’s because many pilots have retired during the pandemic, and it can take years to train qualified replacements.

Because of the shortage, airlines can’t keep as many pilots or crew members on standby, leading to more frequent service disruptions.

“If you have normal things like airplane maintenance, weather, delays, they are much more severely felt because there are no reserved, extra pilots or flight attendants, and the chain is only as good as its weakest link,” Darby said.

Raising pay for pilots could attract more people to the profession in the long term, but that’s not a quick fix that will help…