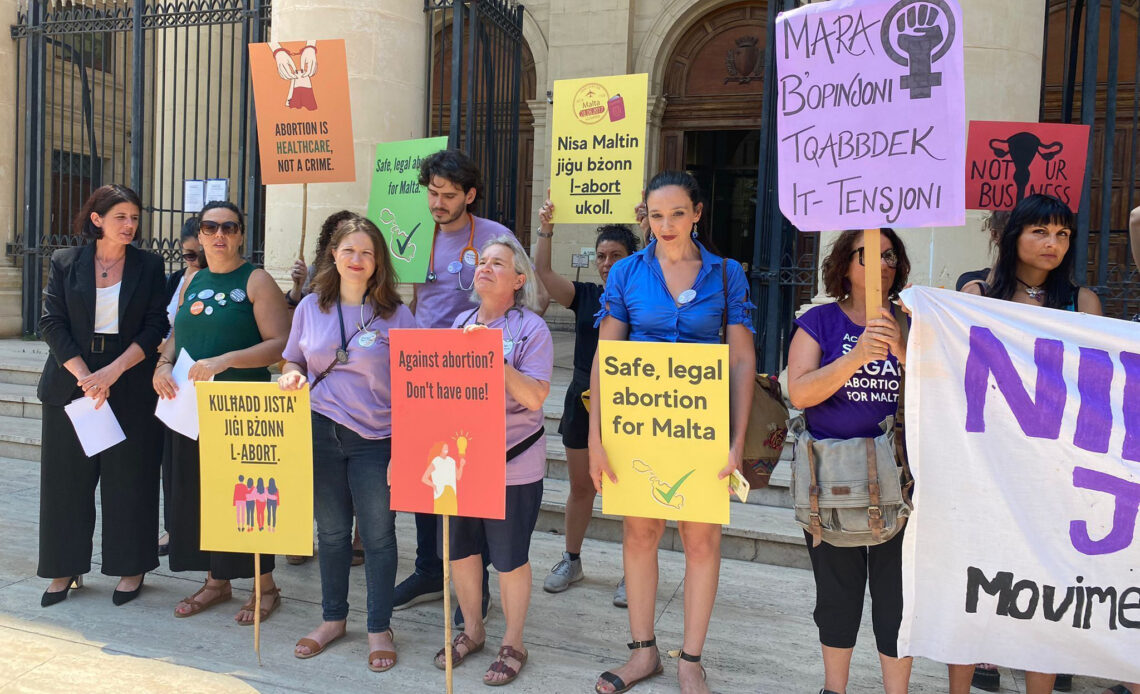 An American woman has been left fearing for her life after she was denied an abortion despite suffering the symptoms of a miscarriage while on vacation in Malta, the only European Union country to ban terminations in all cases.

Andrea Prudente, 38, is 16 weeks pregnant but has been told her pregnancy will not survive after she first suffered heavy bleeding while on vacation last week. Women’s rights groups say she now faces potential infection and other serious health complications that could ultimately result in her own death.

But because of Malta’s ultrastrict laws, unchanged since the 19th century, any doctor performing an abortion there could face up to four years in prison as long as there is still a fetal heartbeat. Abortion rights activists and doctors have warned that cases like this could become more commonplace in the United States should the Supreme Court overturn the landmark Roe v. Wade decision.

Prudente will now be airlifted to Spain in hopes of getting an abortion, after doctors in Malta had refused to certify her as fit to travel.

“The insurance company has finalized arrangements for them to be airlifted to Majorca. Andrea is signing herself out since Maltese medical advice is for her to stay under observation,” the couple’s lawyer, Lara Dimitrijevic, told the Reuters news agency on Thursday.

She had been in hospital in Malta for a week, facing an agonizing daily check of her baby’s vital signs.

“I just want to get out of here alive,” she told the Guardian from the hospital Wednesday. “I couldn’t in my wildest dreams have thought up a nightmare like this.”

Prudente’s partner, Jay Weeldreyer, 45, said the daily check of the baby’s heartbeat was “an inconceivable form of emotional and psychological torture.” He also told the Times of Malta newspaper the couple, who are from Seattle, feel they are being held “hostage.”

“We came to Malta on a babymoon. We certainly did not come for an abortion but here we are talking about saving a woman’s life,” he said.

Both the Mater Dei Hospital and the Maltese government have been contacted for comment.

The couple was on vacation on the tiny Maltese island of Gozo when Prudente began bleeding heavily June 12. Doctors said her fetal membrane was broken, leaving no amniotic fluid.

“She was told doctors can only intervene if she is imminently dying — not even getting an infection is enough. She was also told doctors cannot even discuss the option of abortion with her,” said…