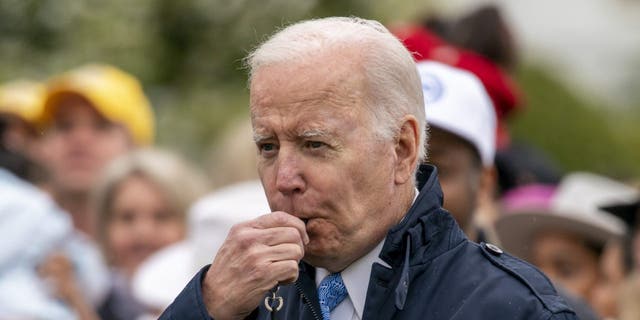 The Biden administration proposed new regulations on the 50th anniversary of Title IX that would sweep gender identity into the law’s protections.

“The regulations… will strengthen protections for LGBTQI+ students who face discrimination based on sexual orientation or gender identity,” the Department of Education said.

Title IX, which was passed into law in 1972, prohibited sex-based discrimination in schools that receive federal funding. It stated that “No person in the United States shall, on the basis of sex, be excluded from participation in, be denied the benefits of, or be subjected to discrimination under any education program or activity receiving Federal financial assistance.”

“My Administration will continue to fight tirelessly to realize the promise of Title IX—that every person deserves an opportunity to pursue their education free from discrimination and realize their full potential,” President Biden said in a statement.

The administration also said it will release additional regulations on transgender students’ participation in sports, a move that is likely to meet pushback from Republicans.

“You can see this playing out in everything from using accurate pronouns to maintaining separate locker room showers on the basis of sex,” Matt Sharp, an attorney at Alliance Defending Freedom, told Fox News Digital. “They think that telling a man you’re not eligible for the women’s team is harmful and violates Title IX, and that’s simply not consistent with Title IX, its original meaning or what it’s been interpreted to mean for the past 50 years.”

“This is only one aspect of the Left’s divisive gender identity agenda,” according to Heritage Action executive director Jessica Anderson.

“This is about more than sports – it is about…