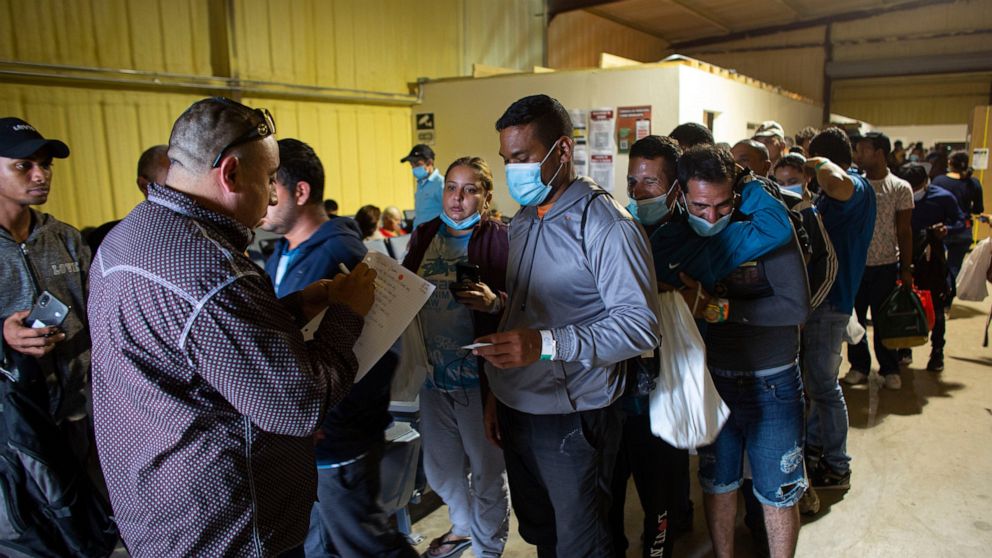 EAGLE PASS, Texas — The warehouse on a busy but unremarkable strip of auto repair shops and convenience stores draws little attention from passersby.

Inside, hundreds of migrants are eating, charging phones and using temporary bathrooms and showers. Within a few hours, a security guard escorts them to a gravel lot out front, where commercial buses take them from the remote Texas town of Eagle Pass to the San Antonio International Airport for $40.

The Border Patrol releases up to 1,000 migrants daily at Mission: Border Hope. The nonprofit group outgrew a church and moved to the warehouse in April amid the Biden administration’s rapidly expanding practice of releasing migrants on parole, particularly those who are not subject to a pandemic rule that prevents migrants from seeking asylum.

The Border Patrol paroled more than 207,000 migrants who crossed from Mexico from August through May, including 51,132 in May, a 28% increase from April, according to court records. In the previous seven months, it paroled only 11 migrants.

Parole shields migrants from deportation for a set period of time but provides little else. By law, the Homeland Security Department may parole migrants into the United States “only on a case-by-case basis for urgent humanitarian reasons or significant public benefit.” Parolees can apply for asylum within a year.

The Border Patrol turned to parole because it lacks holding space, according to court filings. It is a low-key but far-reaching change from President Joe Biden’s first months in office and from his immediate predecessors, Donald Trump and Barack Obama. When agents couldn’t process migrants quickly enough for court appearances last year, thousands languished in custody under a bridge in Texas’ Rio Grande Valley. In 2019, cells were so packed that some migrants resorted to standing on toilets.

Migrants released at the warehouse are told to report to immigration authorities in two months at their final destination in the U.S. A handheld device tracks their movements.

“The treatment (by U.S. authorities) was good in comparison with other countries,” said Anthony Montilla, 27, of Venezuela. “They didn’t treat us like were thieves.”

He arrived with his family after a journey that included walking through Panama’s notorious Darien Gap, where bandits raped young girls in front of their parents and dead bodies lay on the jungle floor. After Border Patrol released the family on two…