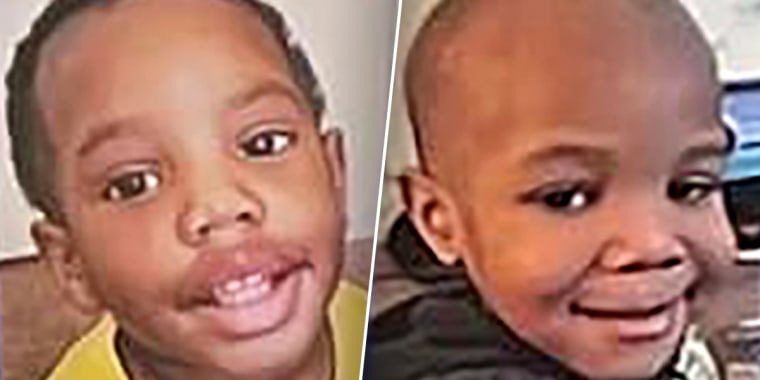 The biological mother of two California brothers alleged to have been killed by their adoptive parents filed a federal lawsuit saying her sons were removed from her care unlawfully.

Ryan Dean said she tried multiple times to regain custody of Cinsere and Classic Pettus but was denied. The brothers — whose names were changed by their adoptive parents to Orrin and Orson West — were reported missing in December 2020. They were 4 and 3 at the time they disappeared from their adoptive home.

Their adoptive parents, Trezell and Jacqueline West, have been charged with murder. While authorities said the brothers are dead, their bodies have not been found.

“I just feel like I didn’t deserve this,” Dean said at a news conference Tuesday. “I’m not a criminal. I don’t have a bad record.”

Cinsere, then 3 months old, was removed from his mother’s care in 2016 after Dean said she came home and found him “crying uncontrollably,” according to the lawsuit, filed June 17, which alleges civil rights violation and wrongful death. The child’s father said that he gave the baby two baths and that nothing else had happened that day.

Dean took the child to the emergency room, where she was informed that both of Cinsere’s legs were broken. An X-ray did not show any other injuries, according to the suit.

Dean was told at the hospital that Kern County Human Services would be taking the child and placing him with a foster family because hospital staff members believed he had been abused. The suit says no allegations of abuse were lodged against Dean when Cinsere was removed.

Classic was removed days after his birth in 2017 because the human services department said “they like to keep siblings together,” the lawsuit says.

Dean said in the suit that she fought to get her children back but that she was repeatedly denied. In 2018, the boys were removed from their foster home and placed with the West family. Dean was never given an explanation for the move, according to the lawsuit.

The suit alleges that shortly after they moved in with the West family, Dean “began to see a change in her children.” It says that the boys seemed “scared” and had lost weight and that Classic “had scratches on his face.” Dean reported her concerns to the human services department, but no action was taken, the lawsuit says.

After less than a year, the adoptive parents reported that the boys were missing from their backyard in the desert…