Driver dies after being shot in gunfire exchange with officer in Locust, chief says 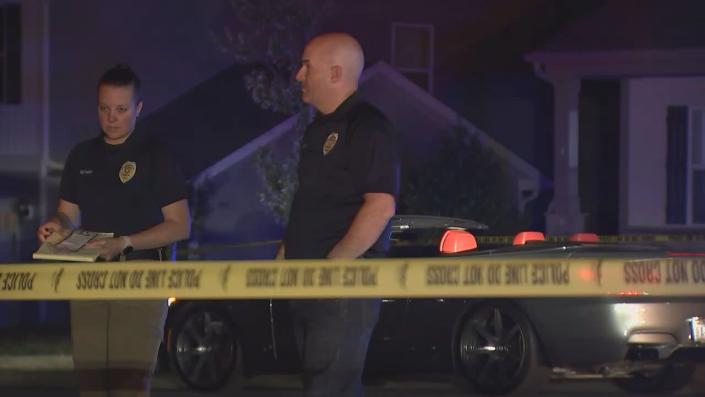 A driver has died weeks after he and a Locust police officer exchanged gunfire during an attempted traffic stop in Locust, police said.

The incident happened on May 31 at around 8:40 p.m. on Whispering Hills Drive at Meadowcreek Village Drive, on the north side of the town of Locust. The neighborhood is just off of Highway 200 in Stanly County.

Authorities said a Locust police officer tried to pull over Michael Angelo Gales, 37, after witnessing several traffic violations including speeding, but Gales refused to stop and drove into the neighborhood.

After Gales got out of his car, police said he and the officer exchanged gunfire.

In a news release, police said that Gales was shot and flown to a hospital in Charlotte. Initially, he was in critical condition, but on Wednesday evening, the Locust chief of police confirmed he had died at about 7:30 that morning.

Sources told Channel 9′s Glenn Counts that the officer was not hurt but was taken to the hospital as a precaution.

Counts was at the scene on May 31 and saw the car involved. There were still several police cars at the scene.

Neighbors who say they saw what happened said the driver eventually stopped in front of his own home and started shoving a police officer. They say the officer used a Taser on the man, who then pulled out a gun from his car and started firing.

Neighbors say the officer shot back, seriously hurting Gales. They shared a photo with Channel 9 that shows the officers with their guns drawn.

New video also shows first responders trying to save Gales before flying him to the hospital. It also shows the street littered with shell casings.

Counts also saw a handgun in the roadway. It is not known who the gun belonged to.

ALSO READ: FBI offers $10K reward for suspect accused of shooting 5, killing 2 while out on bond

Residents awakened by bullets flying through their quiet neighborhood

Just hours after the shooting, neighbors like Laura Johnson were still piecing together what happened. “I heard what sounded like six gunshots,” she said. “At first, I thought it was fireworks.”

Neighbors told Reporter Anthony Kustura that bullets came flying into their homes. “I noticed we actually had two shots come in through,” said neighbor Austin Miller.

Miller said one bullet even hit the mattress where his 4-year-old son was sleeping.

“So that actually was about six inches from him, it went through the wall, and…