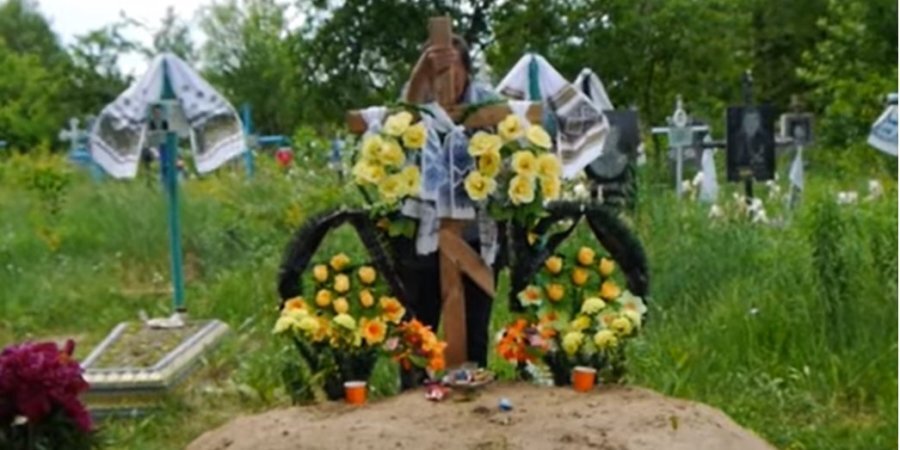 The Russian military shot three unarmed young people with machine guns and a 30 mm cannon in the village of Mokhnatyn in Ukraine’s northern Chernihiv Oblast on March 14, relatives, friends and neighbors have told the Current Time television channel.

According to Mykola Melnyk, a neighbor of the victims, a Russian column entered the village that day, accompanied by infantry fighting vehicles and armored personnel carriers.

The military hardware was marked with white circles. Suddenly, shots from a machine gun and cannon volleys rang out. After the enemies left, the locals counted 17 shell casings from 30 caliber rounds, which are used to fire on military hardware and fortifications. However, the Russians had used them to murder three local teenagers.

“There was no head. The brains were here. The leg was broken – the thigh was sticking out. Only the back of the head survived,” Vira Drohan, a resident of Mokhnatyn, told Current Time.

“He was lying face down. And everything around was on fire. We took his head and wrapped it in a towel. There was nothing to collect. So we buried like that. We all almost lost our minds here, it was unreal. Valentyn’s sister squealed so loud, we thought she was going to die.”

The twin brothers, Yevhen and Bohdan Samodiy, were lying on the opposite side of the road. The Russians shot them with a machine gun, although they had been walking with their hands up, eyewitnesses say.

Their friend, Mykhailo, rushed to help the brothers.

“Yevhen had a very serious injury. I tore off his clothes, and there was a hole the size of a palm in his chest. I saw his heart beating,” he says.

“I saw from afar that the children were lying, there were a lot of people near them,” Oksana, the mother of the twins, is crying.

“They told me: ‘Bohdan is alive, take him to the hospital.'”

The boy died on the way.

“I didn’t want to tell aunt Oksana at once that he had died. She began to ask very often ‘how’s Bohdan’… He raised his hand before his death, I was sitting on my knees next to him. He squeezed my hand the way we usually greeted each other and said goodbye. And that’s it – he breathed his last,” Mykhailo said.

The twins’ mother, Oksana Samodiy, often visits the grave of her sons in the local cemetery.

“They were always together. Very sweet, very caring. They felt for each other….