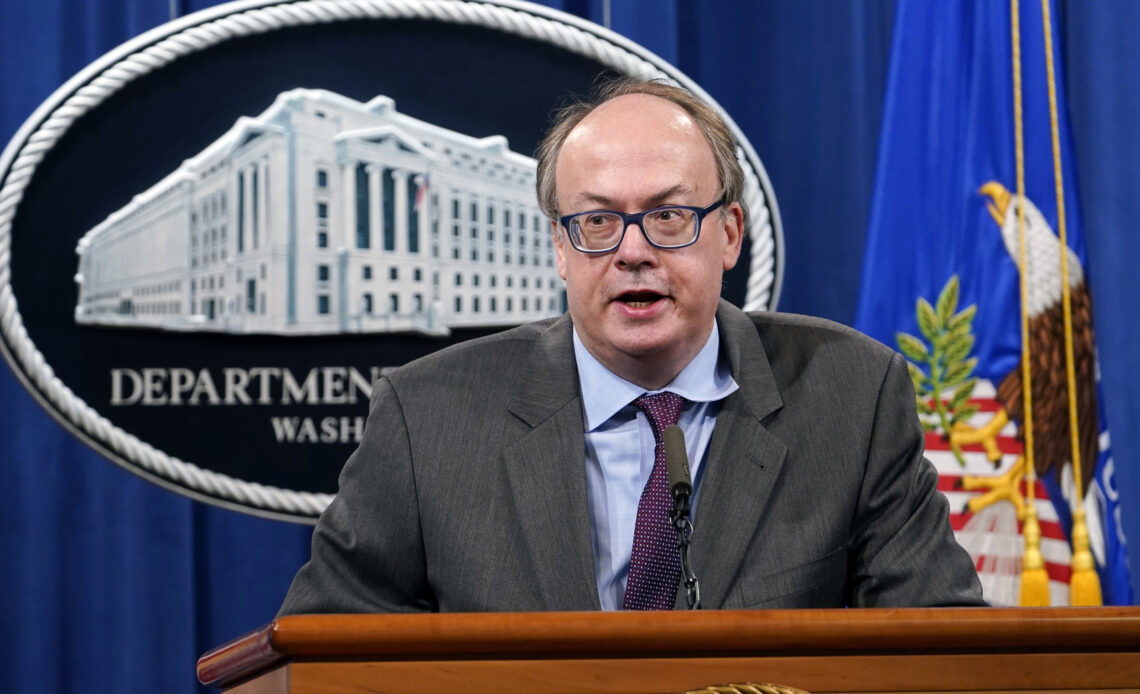 Federal law enforcement was at the Virginia home of Jeffrey Clark, a former Justice Department official who is at the center of Thursday’s Jan. 6 committee hearing.

A U.S. Attorney’s office spokesman confirmed that the activity took place on Wednesday.

The spokesman had no comment regarding the reason for the activity.

News of the law enforcement activity came just over an hour before the House committee investigating Jan. 6 planned to hold a hearing looking at how then-President Donald Trump used the Justice Department to try to overturn the 2020 election results. Clark was central to that plot and created a backchannel directly to Trump, going over the heads of his DOJ superiors, the committee has contended.

Previous testimony has indicated that Clark strongly believed false claims that the election was stolen from Trump.

Trump considered appointing Clark as attorney general to help in his post-election fight, but several top Justice Department officials threatened to quit, leading Trump to ax that plan, according to previous testimony before the Senate Judiciary Committee.

Russ Vought, former Office of Management and Budget director and president of the Center for Renewing America, where Clark is a fellow, released a statement Thursday condemning the law enforcement activity and calling on “patriots” to support Clark.

“The new era of criminalizing politics is worsening in the US. Yesterday more than a dozen DOJ law enforcement officials searched Jeff Clark’s house in a pre-dawn raid, put him in the streets in his pajamas, and took his electronic devices,” Vought said in the statement. “All because Jeff saw fit to investigate voter fraud. This is not America, folks.“

Clark was subpoenaed by the committee investigating the Capitol riot in October, and eventually gave an interview, in which he reportedly invoked the Fifth Amendment more than 100 times, according to CNN.

Thursday’s committee hearing will feature testimony from former acting Attorney General Jeffrey Rosen, former acting Deputy Attorney General Richard Donoghue and Steven Engel, the former assistant attorney general for the Office of Legal Counsel; all were appointed by Trump. All three are expected to testify about Trump’s efforts to make Clark the acting attorney general and their threats to quit if he did.

Clark, meanwhile, has maintained his presence in MAGA world, with appearances on Steve Bannon’s podcast and an account on Trump’s social media site, Truth Social. And he’s…