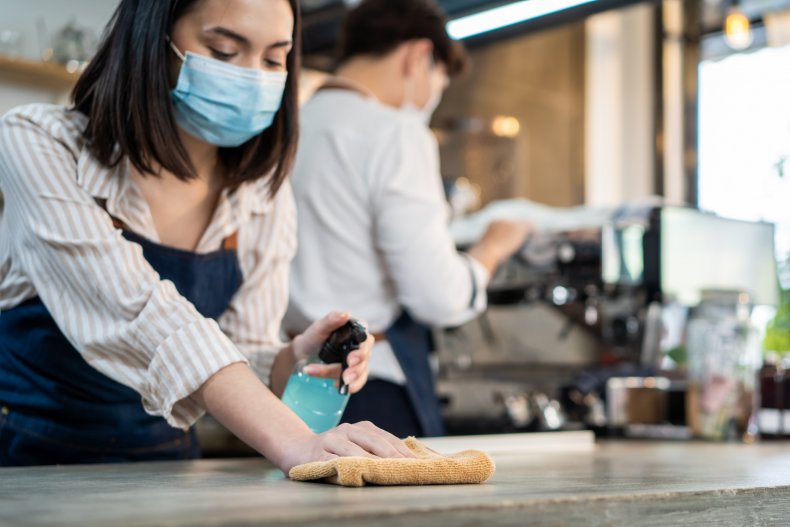 A former Dunkin’ Donuts employee turned heads online after revealing in a now-viral video the “disgusting” state of the store she once worked in.

The video, which features several potential health and safety violations, was posted to TikTok by Alayna (@robzombieschild), who wrote: “Worst job ever, so glad I quit [a] long time ago.” It has amassed over 880,000 views and sparked both former and current Dunkin’ employees to share their experiences working for the international coffee chain.

“The disgusting things I had to deal with while working in a Dunkin’,” Alayna said at the beginning of her video.

First up were the “dirty” dairy machines.

“Whenever it was my job to clean, I would try to do my best but, since the other co-workers and the co-workers before me did not, the bottom is plastered with spoiled and rotten creamer and milk,” Alayna said as she panned her camera around the machine.

Next were the “dirty” food shuttles; the floors, which were covered in “smelly egg water;” and the sanitary sink, which she claimed was never drained.

“Dirt and coffee beans filled the grout,” she continued. “The manager never ever cleaned it.”

Finally, Alayna showed viewers a tub of icing that had been sitting on the counter for about a week, and food sitting “out in the open” instead of in the refrigerator.

“Fun fact, I was never trained. They just put me on the floor immediately,” she concluded.

“All areas near a sink or bar should have adequate drainage to prevent puddles of water from forming. Building raised platforms and using floor mats are ways to make these areas safer,” the paper offered.

Additionally, the Nevada Division of Public and Behavioral Health explained that sanitizer water should be changed every two-four hours “to keep the water clean and the sanitizer effective in use.” Toast, a restaurant point of sale and management system, said improper storage or replacement of sanitizing solutions could result in a point deduction during a health inspection.

That being said, it is important to note that health codes vary from state to state, so…