From Russian Elites, No Sign of Broad Challenge to Putin 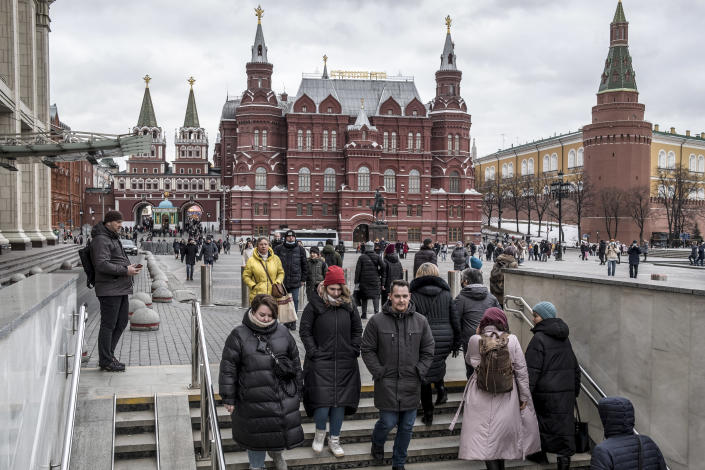 Alexander Y. Lebedev looks like a prime target for sanctions meant to prompt Russia’s elites to turn against the Kremlin. He is a onetime billionaire and a former KGB agent with deep connections both in Russia’s ruling class and in the West; his son owns British newspapers and is a member of the House of Lords.

But Lebedev has a message for anyone expecting him to now try to bring down President Vladimir Putin: “It’s not going to work.”

In that matter, he insists, he is powerless. “What, am I supposed to now go to the Kremlin with a banner?” Lebedev said by video call from Moscow. “It’s more likely to be the opposite.”

Sign up for The Morning newsletter from the New York Times

Leading Russian business owners and intellectuals fled their country after the invasion on Feb. 24, settling in places like Dubai, United Arab Emirates; Istanbul and Berlin. But many others who were well-connected at home and had close ties to the West stayed behind, struggling to redefine their lives.

As they did, their paths diverged — illuminating the watershed of choices that the war represents for wealthy and influential Russians, and the long odds that any broad coalition of Russians will emerge to challenge Putin. A handful are speaking out against the war while remaining in the country, despite great personal risk. Many, like Lebedev, are keeping their heads down. And some have chosen to throw in their lot with the Kremlin.

“What we have is what we have,” said Dmitri Trenin, who until April ran the country’s marquee American-funded think tank, the Carnegie Moscow Center, relied on by the West for independent assessments of Russian politics and policies. Now he has switched roles completely, defining the West as “the enemy” and describing “strategic success in Ukraine” as Russia’s “most important task.”

“We have all crossed the line from a confrontation in which dialogue was possible to a war in which in principle there can be no dialogue for now,” he said in an interview.

The mood of the so-called Russian elite — a kaleidoscope of senior officials, business executives, journalists and intellectuals — has been closely watched for any domestic backlash to Putin’s decision to go to war. If their dismay at the country’s…