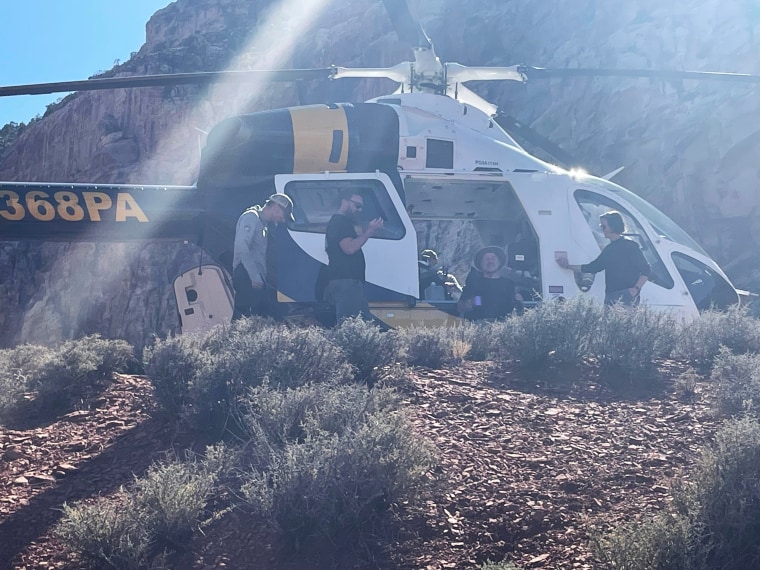 Over 100 cases of gastrointestinal illness have been reported at the Grand Canyon, with cases cropping up among visitors to the Colorado River and backcountry campers, according to park officials.

At least 118 cases have been reported since June 10, said Joelle Baird, a public affairs specialist at Grand Canyon National Park.

The symptoms are consistent with those of norovirus, which the Centers for Disease Control and Prevention describes as a contagious virus that causes vomiting and diarrhea, with symptoms including nausea, stomach cramping and pain.

Baird said some visitors have tested positive for norovirus.

Norovirus, which can be spread through infected people and contaminated food and water or by touching contaminated surfaces, causes “sudden-onset vomiting and diarrhea” that lasts one to three days, the park said.

“We have had positive confirmation that a number of associated river trips have tested positive for norovirus. It’s hard to say if all the cases are linked to norovirus, but we have a good understanding right now that at least in the trips that have been tested that it’s norovirus, most likely,” she said.

An initial spike in cases emerged in May, with a majority of illnesses reported in May and June.

“We have plateaued a little bit in terms of the number of reported cases, especially over the last three to four weeks,” Baird said.

Kristi Key, a hiker from Arizona who frequents the Grand Canyon, recalled calling for help after she saw a vomiting hiker during a hike on Boucher Trail in mid-May.

She came across four hikers on the Hermit Boucher loop and noticed that one didn’t look well. She offered to use the SOS button on her satellite communicator and tracking device to call for a rescue, but they declined.

Upon her return, she found the group again, and this time they asked her to call for help.

The group took refuge under a tree and set up a tarp to keep the sick hiker cool.

“He just laid down and slept and would get up every now and then to throw up and drink a little bit of water,” Key said.

She said it was only once park rangers arrived and took the sick hiker to safety in a helicopter that she learned about norovirus.