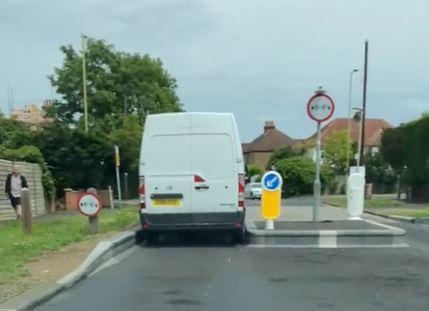 A redesigned width restriction has been branded as “absolutely f****** mad” by an irate driver.

Rather than getting rid of the width restriction, which has been in place since 1995, the council decided to redesign it by installing new kerbs – or “walls” as one driver put it.

The size of the kerbs for the 6ft6in restriction has led to criticism. According to a driver, he has seen people hit their vehicles on the kerbs. Credit: Twitter

Taking to social media, he said: “You can drive your car straight into the side of these walls, absolutely ridiculous.”

Filming as he drove through and the vehicle’s sensors beeped wildly, the driver claimed the design was “nuts” and said those responsible for it were “idiots”. 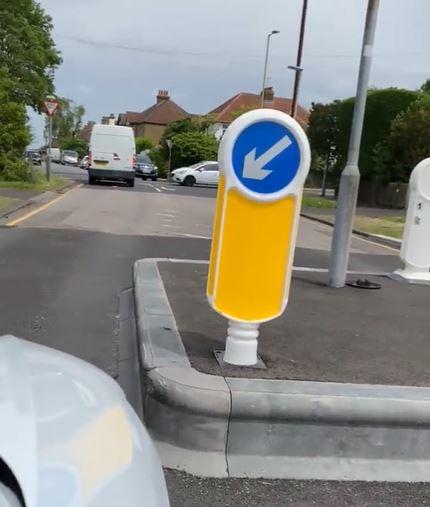 He added he has seen drivers hit the kerb, refuse to drive through, or turn around.

“It’s not suitable as you can’t judge your car as the kerb is too low to see but it’s high enough to smash up your car,” he explained. 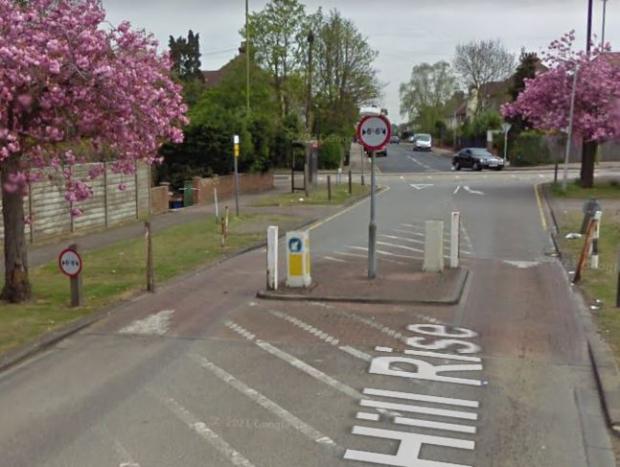 How the width restriction looked before it was redesigned. Credit: Google Street View

Defending the new Potters Bar width restriction, a council spokesperson said: “This width restriction has been in place since 1995 and was introduced to stop large vehicles using the road, keeping them to primary routes and limiting access to local residential traffic only.

“However, the original steel posts that marked the restriction were damaged on numerous occasions and were becoming very costly to repair. As a result, further investigation was carried out, which identified new kerbs as a more robust and sustainable solution.

“As with the previous posts, the distance between the kerbs remains, not less than, 6 feet 6 inches. This width restriction is clearly displayed on signage both at the site and on the approaches from surrounding roads.”