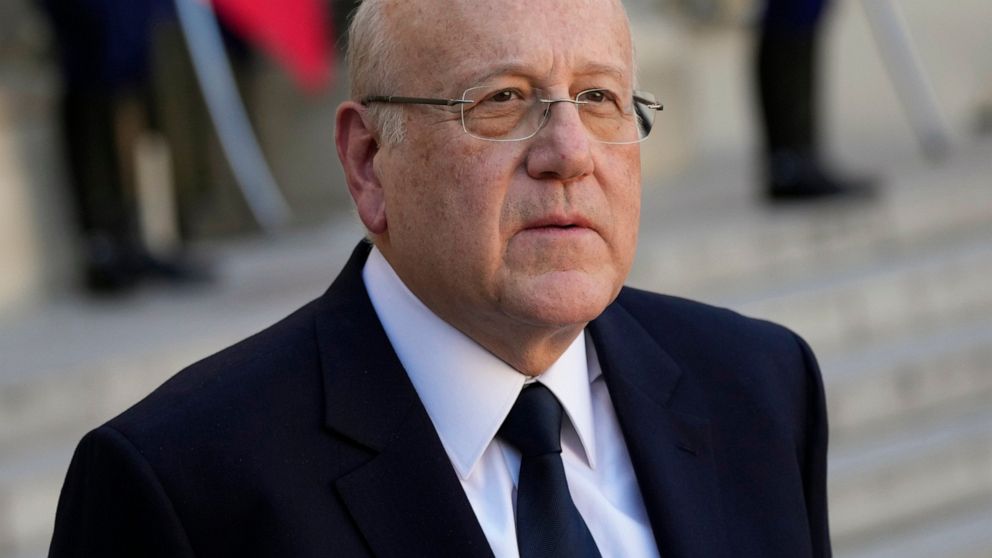 After a day of binding consultations between President Michel Aoun and parliamentary blocs, Mikati was named by 54 lawmakers while his main rival for the post got less than half that figure. Forty-six legislators abstained from naming anyone.

The new government’s main mission will be to continue talks with the International Monetary Fund over an economic recovery plan for Lebanon, which is in the grips of the worst economic and financial crisis in its modern history.

The nearly three-year-old economic meltdown — rooted in decades of corruption and mismanagement by Lebanon’s ruling class — has been only getting worse with no serious steps taken to start getting the country out of its problems. The economy has been shrinking, power cuts last for much of the day and most people have no access to their savings in banks.

“Without a deal with the International Monetary Fund there will be no opportunities for salvation. This (deal) is the main gate for salvation” Mikati said after he was chosen, adding that “we will not let Lebanon collapse.”

“We are now facing the challenge of total collapse or gradual salvation,” Mikati said . He said he extends his hand “to everyone without exception. The nation needs our arms.”

In April, Lebanon and the IMF reached a tentative agreement for comprehensive economic policies that could eventually pave the way for some relief for the country after Beirut implements wide-ranging reforms.

The staff level agreement between Lebanon and the IMF listed five “key pillars” that should be implemented, including restructuring the financial sector, implementing fiscal reforms, and the proposed restructuring of external public debt, anti-corruption and anti-money laundering efforts.

Mikati said his government will continue talks with the IMF adding that the deal reached in April could be used as a roadmap.

Mikati was widely expected to get the largest support from legislators to form a new Cabinet that will be in power until the end of October when Aoun’s six-year term expires. Such a short tenure could make it difficult for the billionaire premier to form a Cabinet since it usually takes months to form a government in Lebanon due to political bickering.