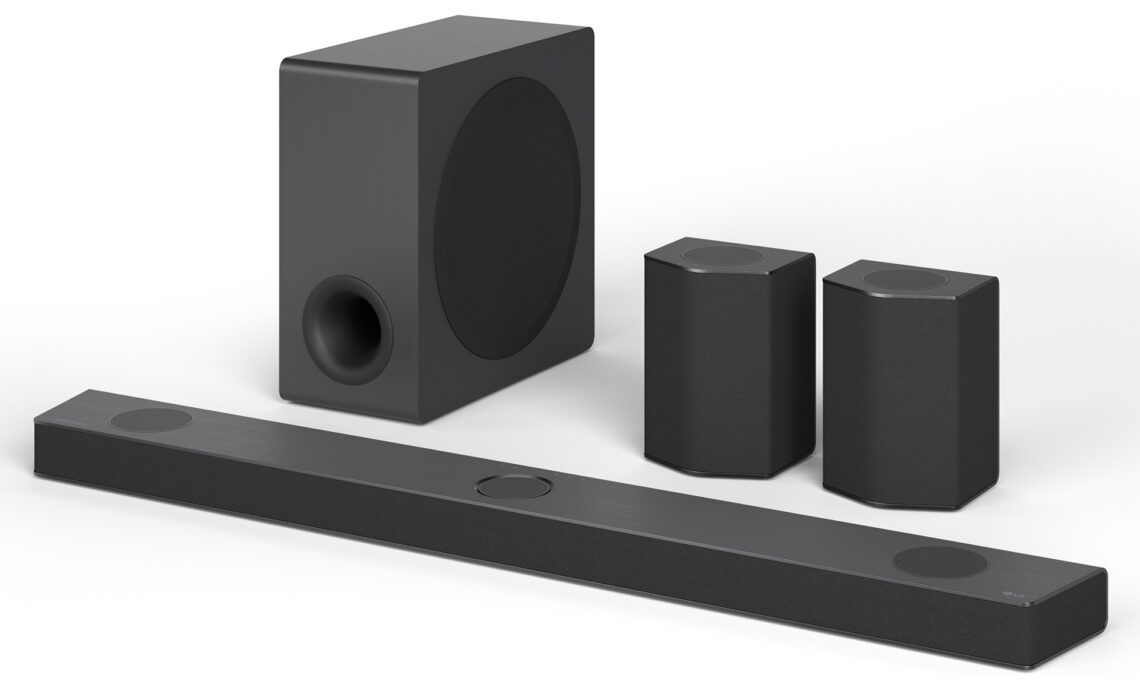 LG has finally released the 2022 soundbars it introduced in January, and it won’t surprise you to hear that you’ll pay a hefty price for the attention-getting flagship model. The 9.1.5-channel S95QR (pictured above) costs $1,799 (already on sale for $1,499 at Amazon and LG) and stands out with an up-firing center channel as well as similarly vertical wireless rear speakers. A subwoofer is included, too. In theory, you’ll have a better “perspective” with Dolby Atmos and DTS:X audio as well as clearer dialog. You can also expect HDMI 2.1 passthrough (with variable refresh rate and auto low-latency mode for gamers) as well as larger woofers and greater distances between speakers than previous models.

Every soundbar offers Meridian Audio tuning, and most are compatible with Alexa and Google Assistant. WiFi-connected models (from the S80QY up) also support a Wowcast audio dongle that provides wireless uncompressed 7.1.4-channel sound.

These aren’t the most affordable options at their official prices. On sale, though, they should compete well against some of the best soundbars in their respective categories. Just think carefully about the S95QR. While LG does have a center vertical speaker in its favor, Samsung’s comparable HW-Q950A packs an 11.1.4-channel setup at a similar price.