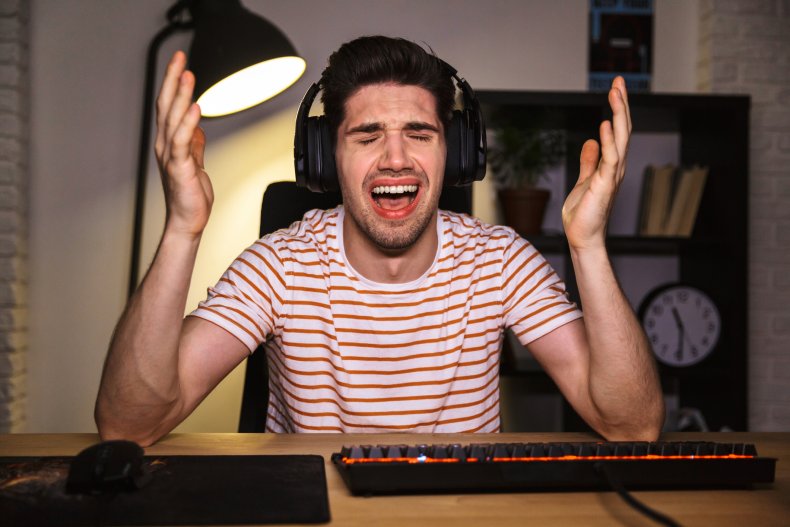 A man was criticized online after his pregnant wife revealed that he was upset their baby’s upcoming birth might conflict with his World of Warcraft raid.

The anonymous woman, known as u/LoveMimi097, posted about the situation in Reddit‘s popular “Am I The A**hole” forum where it received more than 10,400 upvotes and 1,600 comments, many suggesting her husband has a video game addiction. The post can be found here.

Video game addiction is recognized as a mental health condition by The World Health Organization. To be diagnosed with the addiction, a person’s behavior must significantly impact aspects of their life, such as personal relationships or responsibilities.

According to the WHO, an episode must generally last at least 12 months to be considered an addiction.

In the post titled “My husband plays WoW and he was upset that our upcoming newborn’s delivery is conflicting with his raid schedule,” the woman said she’s “tolerated” his gaming habits for their entire relationship.

“I don’t want to be the controlling wife and I want him to be happy,” the post read. “It’s only the past 3 years that he’s come to bed extremely late.”

She said her husband talks about World of Warcraft “all the time” but she listens to his “infodumping.”

The woman said she is set to go to the hospital on Monday because she is close to delivering their first child.

“He said that his raid with his guild is on Tuesday and Thursday and he’s fighting the final boss of mythic and this might be his only chance to do it,” the post read. “The baby might be delivered next week.”

She added that she isn’t sure how to process the situation and is afraid her husband will choose the raid over the birth of their first child.

More than 1,600 users commented on the post, many recalling being in a similar situation with World of Warcraft taking priority over everything else in someone’s life.

“As a former WoW junkie I can say that this is the exact point where he needs to seek help for his addiction,” one user commented. “Seriously, when you hit parenthood if you want to play games they need a pause button. So you can go back to it when things have been taken care of.”

“This was how my first marriage ended. My husband chose raiding over attending the celebration my family held for me when I completed my masters degree,” another user commented. “Video game addiction is…