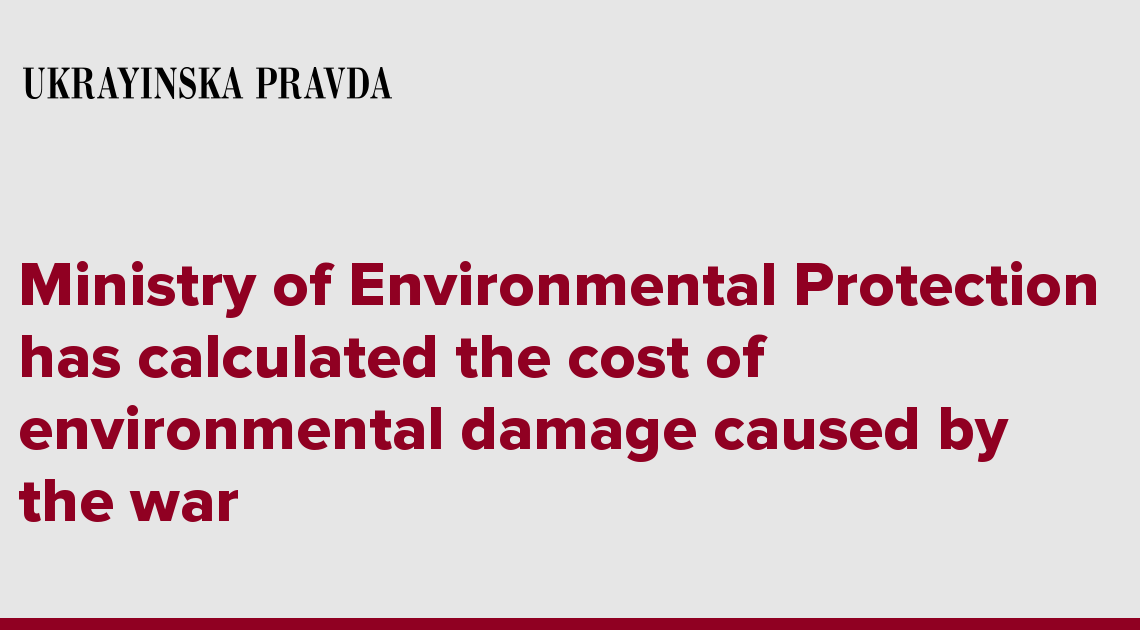 Since the beginning of the full-scale war, Russian occupying forces have caused environmental damage across Ukraine estimated at over UAH 202 billion.

Ukrainian Minister of Environmental Protection and Natural Resources Ruslan Strilets reported these estimates during a joint briefing with the European Commissioner for Environment, Oceans and Fisheries, Virginius Sinkevičius on June 23.

The Minister stated that over 250 cases of ecocide have been recorded in Ukraine during the four months of the war.

“Together with the State Environmental Inspectorate of Ukraine, we keep a daily record of all the damage caused by the aggressors. We have currently documented over 250 cases of ecocide, the destruction of our ecosystems. There have been over 2,000 cases of environmental damage (it happens every time when, say, a missile hits a river).”

“We shall certainly document all these cases and calculate [the cost of damage] applying new methods. We plan to develop 11 [such methods] and apply them with the help of our European partners,” Ruslan Strilets emphasised.

“We are already counting every tank, every element of enemy military equipment. There is more than 200,000 tons of hazardous waste, scrap metal, etc. Each destroyed residential building is 50 cubic metres of waste,” the Minister concluded.

He added that the Ministry of Environmental Protection will soon submit a method and a procedure to governmental review for the disposing of waste resulting from the destruction caused by the Russian Federation.

“Most of this waste is now scattered across different areas. The procedure for handling such waste involves its localization in certain places so that local governments can organise the processing of such waste,” said Ruslan Strilets.

In the future, recycled waste will be used to rebuild the country, namely in construction, road rehabilitation, etc.

In addition, the Minister of Environmental Protection stated that every Ukrainian can join the “environmentalists battalion” using the app “Ekozahroza” (“Eco-threat”). This app helps citizens to report environmental crimes which they have witnessed, including: