Mom of U.S. journalist ISIS beheaded visits one of his imprisoned captors 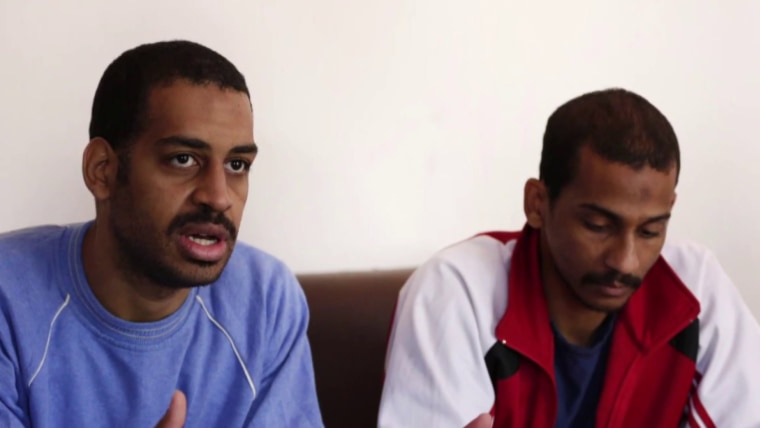 The mother of an American journalist beheaded by an ISIS cell dubbed the “Beatles” has met three times with one of the imprisoned terrorists in an effort to carry on her son’s legacy.

“I feel like we can’t break the cycle of violence if we are not willing to listen to one another,” Diane Foley told NBC News. “I’ve made myself do this because I feel Jim would have wanted it to happen.”

James Foley was killed by the cell’s most notorious member, Mohammed Emwazi, nicknamed “Jihadi John,” in August 2014 — an execution that the Islamic State terrorist group filmed and broadcast to the world. Emwazi was killed in a U.S. drone strike in 2015.

Fellow Beatles member Alexanda Kotey, 38, was sentenced to life in prison by the U.S. District Court in Alexandria, Virginia, in April after he admitted to his role in Foley’s murder and the killing of three other American hostages.

As part of his plea deal, the British national agreed to meet with any of his victims’ families who wished to do so.

Diane Foley said Kotey has apologized to her for the pain brought by the loss of her son, but he made clear in their most recent meeting Wednesday that he doesn’t regret waging jihad.

“That, to me, is very sad,” she said. “After all the things he’s undergone, and we’ve undergone, and the people of Syria — for him to have no regrets about being part of that campaign was upsetting to hear.”

But in two letters and over the course of their in-person visits, Diane Foley said, Kotey has expressed remorse for what her family has gone through. And though he has not apologized directly for the killing of the 40-year-old journalist, his broader apology and openness have brought a measure of comfort to her.

“It was really good to see,” she said. “He showed humanity, some goodness, some potential there. That’s why I went back. There’s an openness.”

The Beatles were a group of ISIS fighters who were given the musical nickname by their Western captives because of their British accents. In 2014 and 2015, they participated in the murders of multiple American, British and Japanese hostages, filming a number of beheadings.

Foley, a globe-trotting freelance correspondent with extensive experience in the Middle East, was kidnapped by the terrorists in 2012 while reporting on the civil war in Syria.

Three of the four members of the group — Kotey, Aine Davis and El Shafee Elsheikh — are still alive.