Monkeypox Cases Have Now Been Found in These 23 States 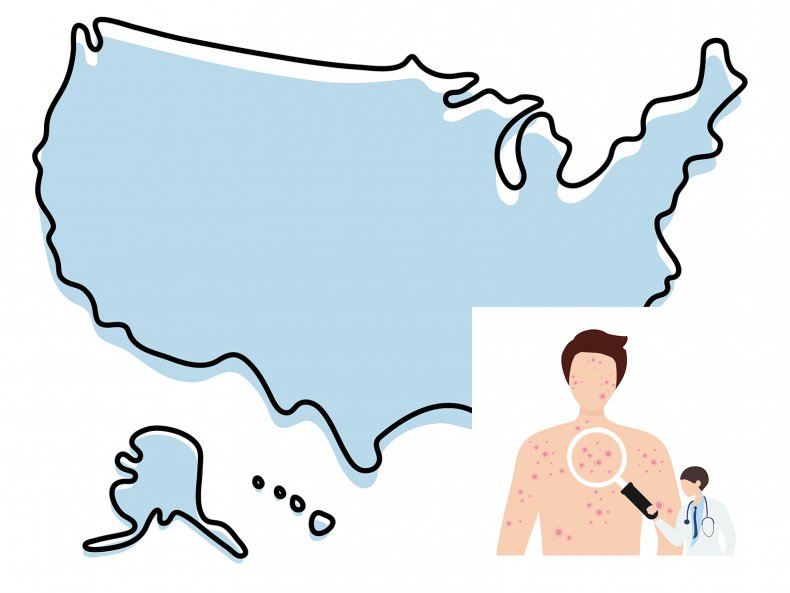 Monkeypox has now been found in 23 U.S. states in an outbreak that has seen over 3,300 confirmed cases worldwide across 42 countries, according to the U.S. Centers for Disease Control and Prevention (CDC)

Monkeypox, a virus usually seen in Central and West Africa, is currently spreading across non-endemic countries, including Europe and North America. It is a zoonotic virus originally transmitted from animals to humans, with symptoms similar but less clinically severe as those experienced by smallpox patients in the past.

While some earlier cases have been associated with gay and bisexual men—with many stemming from a single conference event—anyone of any sexuality can contract the disease, as it is transmitted from one person to another by physical contact with lesions, body fluids, respiratory droplets and contaminated materials. There is no currently conclusive evidence that monkeypox is classifiable as a sexually transmitted disease (STD). Symptoms may include fever, headaches, muscle aches, swollen lymph nodes, chills, and exhaustion, followed by a characteristic skin rash that can cause scarring.

The list of states where monkeypox has now been found include (There have been four reported cases in Washington D.C.):

Arizona was thought to have a single case of monkeypox, as of June 22. The patient is a man in his late 30s who is currently in isolation and recovering. Testing at the Arizona State Public Health Laboratory returned a presumptive positive result, which was confirmed by the CDC.

California had reported 39 cases of monkeypox as of June 21.

“While it’s good to stay alert about any emerging public health outbreaks, the current risk of getting monkeypox in the general public is very low,” said the California Department for Public Health.

Colorado had five cases of monkeypox as of June 16. Scott Bookman, director of the Colorado Department of…