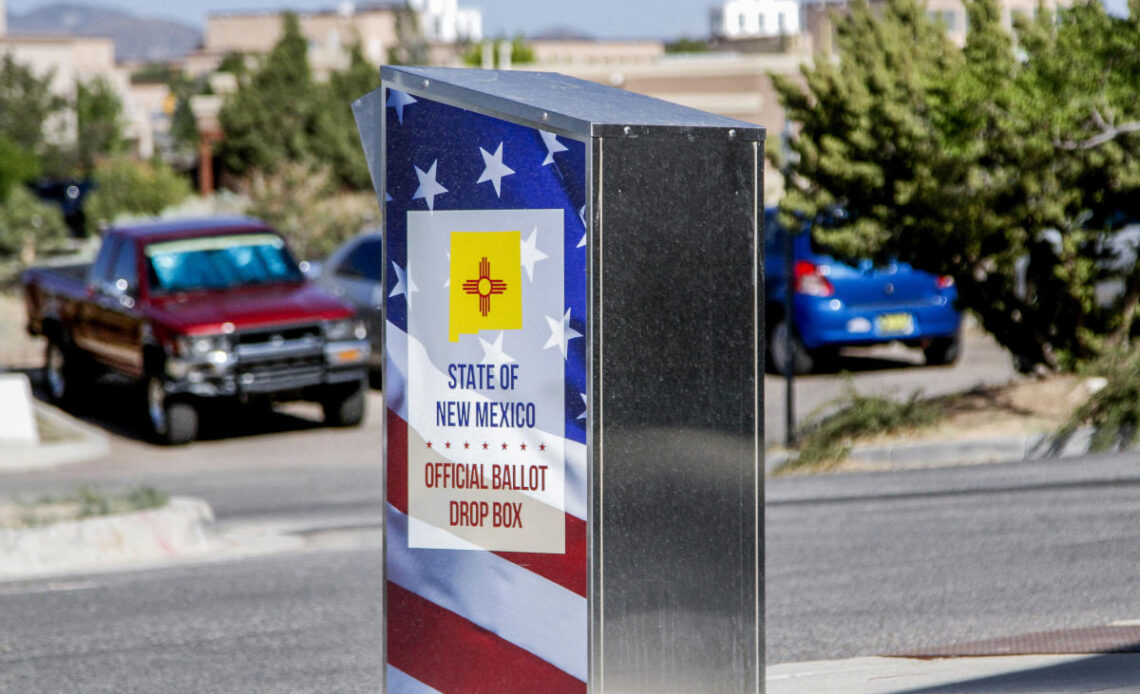 SANTA FE, New Mexico (AP) — A rural New Mexico county’s initial refusal to certify its primary election results sent ripples across the country last week, a symbol of how even the most elemental functions of democracy have become politicized pressure points amid the swirl of lies stemming from the 2020 presidential outcome.

After the Otero County Commission finally relented, one question persisted: Why New Mexico, a state that has not been a political battleground and where Joe Biden beat Donald Trump handily two years ago?

The seeds of the short-lived election crisis, which ended amid a showdown with the secretary of state and an order from the New Mexico Supreme Court, had been planted months before, when David Clements, a lawyer who has gained prominence in conservative circles, and others began raising conspiracy theories and false claims about the last presidential election that came to dominate political discussion in the heavily Republican county.

But it’s not just Otero County where local election administration is in the crosshairs of conspiracy theorists, and it’s not just Clements involved in the effort.

Across the country, supporters and allies of former President Donald Trump have been meeting with local officials — sowing doubts about the 2020 election, seeking access to voting equipment and pressing for changes that would upend election administration in their counties. The effort has led to security breaches of voting equipment and, in New Mexico, chaos surrounding what has historically been a routine task.

“You have seen a whole bunch of people — some sincere, some perhaps less sincere — who have rushed to fill the demand to provide evidence of the fraud that Trump created,” said David Levine, a former election official who is now a fellow with the Alliance for Securing Democracy.

There was no widespread fraud in the 2020 presidential election that could have changed the outcome.

Even before the Nov. 3, 2020, election, Trump was telling his supporters that fraud was the only way he could lose re-election, pointing mostly — and without evidence — to the expansion of mail-in voting during the pandemic.

In the months since, there has been no evidence to support the claims. They have been dismissed by dozens of judges, by Trump’s attorney general at the time, and by a coalition of federal and state election and cybersecurity officials who called the 2020 vote the “most secure” in U.S. history.