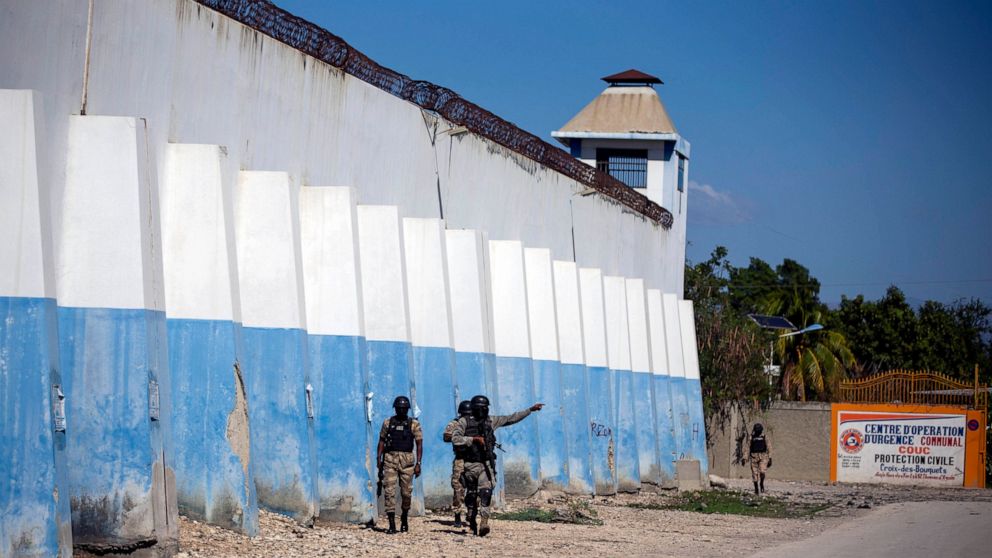 PORT-AU-PRINCE, Haiti — An official said Thursday that at least eight inmates have died at an overcrowded prison in Haiti that ran out of food two months ago, adding to dozens of similar deaths this year as the country’s institutions crumble.

Hunger and oppressive heat contributed to the inmates’ deaths reported this week by the prison in the southwest city of Les Cayes, Ronald Richemond, the city’s government commissioner, told The Associated Press. He said the prison houses 833 inmates.

“Whoever can help should help immediately because the prisoners are in need,” he said.

The United Nations Security Council released a report last week saying 54 prison deaths related to malnutrition were documented in Haiti between January and April alone in the country of more than 11 million people.

It urged Haiti’s government “to take the necessary measures to find a long-lasting solution to the prison food, water and medicine crisis.”

The country’s severely overcrowded prison system has long struggled to provide food and water to inmates. It blames insufficient government funds and the problem has worsened in recent months, leading to a new rise in severe malnutrition and deaths.

By law, prisons in Haiti are required to provide inmates with water and two meals a day, which usually consist of porridge and a bowl of rice with fish or some type of meat.

But in recent months, inmates have been forced to rely solely on friends or family for food and water, and many times they are unable to visit because gang-related violence makes some areas impassable, said Michelle Karshan, co-founder of the nonprofit Health through Walls, which provides health care in Haiti’s prisons.

The nonprofit joined three other organizations this year to feed the roughly 11,000 inmates in Haiti’s 20 prisons for three months, helping at a time when the country was increasingly unstable following the July 7 killing of President Jovenel Moïse.

But the situation has since deteriorated.

“These deaths are very painful,” she said. “The internal organs start to fail one by one. … It’s a horrible thing to witness.”

Health through Walls has launched several programs to target the problem long term, including starting a garden at a prison in northern Haiti that produces spinach and other crops, along with a chicken coop and a fish farm.

“But that’s one prison,” Karshan said. “The bottom line is the prison system has to take responsibility. They can’t sit back. … They’re…