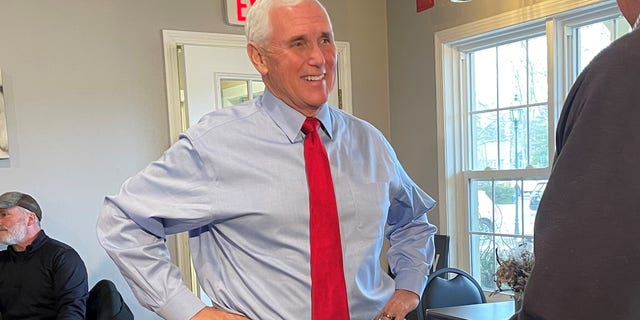 With less than a week to go until primary day in New York State, Republican Rep. Lee Zeldin landed an endorsement from one of the biggest names in the GOP as he runs for his party’s gubernatorial nomination.

Pence, who has long supported Zeldin as he aims to be the first Republican elected governor in heavily blue New York State in two decades and who headlined a fundraiser for Zeldin earlier this year, reiterated his endorsement as he spoke at an event Wednesday night in New York City hosted by the state’s Conservative Party.

“Proud to endorse @leezeldin for Governor of New York at the @cpnys  today! He’s a Lt Col in the Army Reserve, proud supporter of our police officers, advocate for parents’ rights in education & a fiscal Conservative who will fight for lower taxes, less regulation & more freedom!” the former vice president said in an accompanying tweet.

Both the New York State Conservative Party and the state GOP have officially endorsed Zeldin. He also enjoys the backing of Rep. Jim Jordan of Ohio, a leading lawmaker in the House GOP conference, and Republican Rep. Nicole Malliotakis of New York, who represents the New York City borough of Staten Island. Former Secretary of State Mike Pompeo has helped raise money for Zeldin.

WATCH: LEE ZELDIN REVEALS WHO HE’D FIRE ON DAY ONE AS GOVERNOR

Zeldin is the clear front-runner when it comes to endorsements, public opinion polling and fundraising in a primary race that also includes Rob Astorino, the former Westchester County executive and 2014 GOP gubernatorial nominee; Andrew Giuliani, who served in former President Donald Trump’s administration and is the son of former New York City mayor and former Trump attorney Rudy Giuliani; and Harry Wilson, a businessman, investor and restructuring expert who’s pouring millions of his own money into his gubernatorial bid.

Republican Rep. Lee Zeldin, the front-runner for the GO gubernatorial nomination in New York, campaigns in Nassau County, N.Y. on  Feb. 27, 2022, a couple…