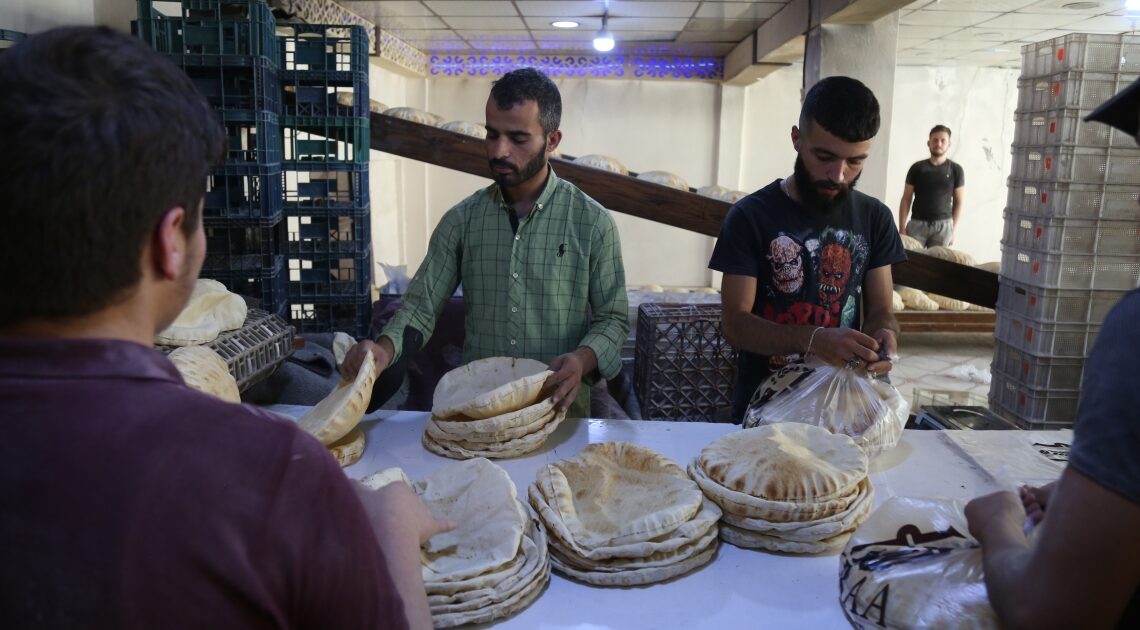 The country, now in its 11th year of war, was designated earlier in June as one of the world’s 20 “Hunger Hotspots” by the United Nations’ Food and Agriculture Organization (FAO) and the World Food Programme (WFP).

The causes are local and international, but the result is that the organisations are warning that “intense hunger” will be prevalent across the country, unless serious humanitarian actions are taken.

In opposition-held Idlib province, in northwestern Syria, the situation is extremely dangerous, as a direct result of the humanitarian conditions faced by people living in the highly populated area, many of whom are displaced and living in camps.

Bread is growing ever more expensive, with the Russian invasion of Ukraine severely limiting the export of grains from the latter, which Syria heavily depends on.

In turn, imported flour has increased in price over the last year from $300 to $580 per tonne, according to local traders.

And yet, things could get even worse.

Despite pleas from the UN Secretary-General Antonio Guterres, Russia could use its veto at the UN Security Council and prevent the extension of a mechanism that allows for aid to pass through Bab al-Hawa, the only border crossing that allows aid to enter opposition-held territory without first entering Syrian government-controlled territory.

That would mean even more of a government stranglehold on opposition areas – such as Idlib – and further price increases.

A vote at the Security Council is expected on July 10.

The UN aid that passes through Bab al-Hawa is a major source of free bread for thousands of internally displaced people (IDPs) living in the camps.

“The humanitarian crisis in Syria is getting bigger,” Mark Cutts, UN deputy regional humanitarian coordinator for the Syria crisis, told Al Jazeera. “More people in Syria are in need of humanitarian aid now than ever before.”

Locally, the production of grain has also decreased since 2020, as the opposition lost territory to Syrian President Bashar al-Assad’s forces.

Farming is also limited to the plains near the demarcation line with government forces, who residents say often hit farmland with artillery and missiles, destroying the crops.

This year, in particular, farmers have complained of noticeably low grain production.

Among them is Ahmed Jarjanazi, a…