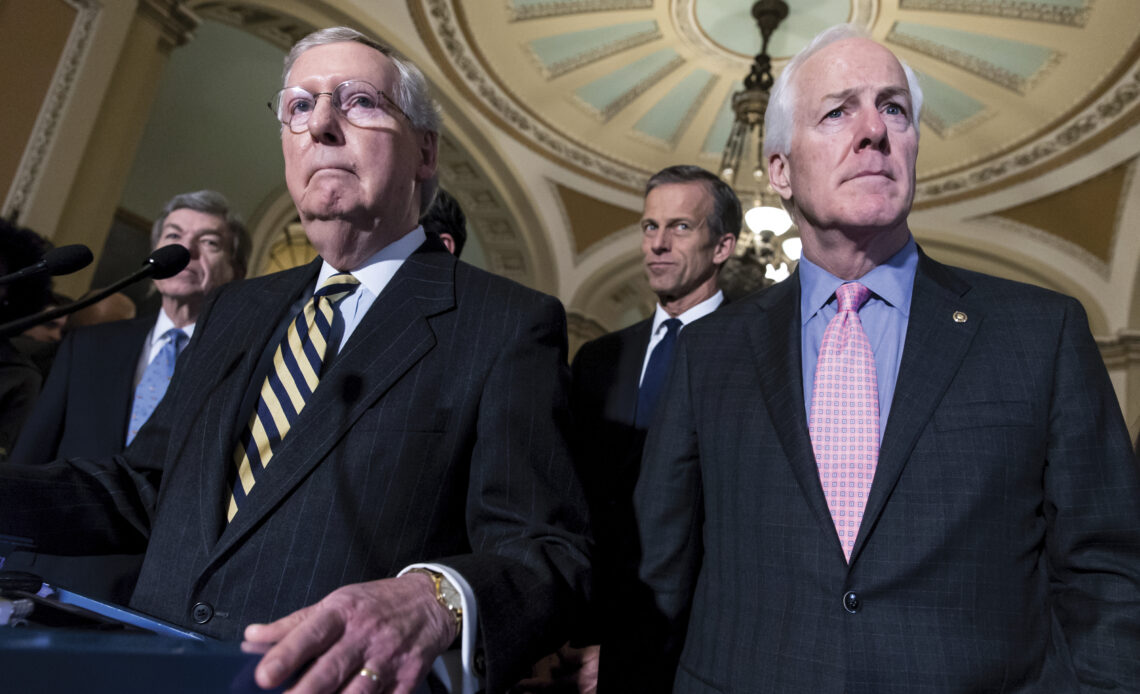 “We are not going to leave until we pass this bill,” Schumer said. “This is not a cure-all for all the ways gun violence affects our nation, but it is a long overdue step in the right direction. It’s significant, it’s going to save lives, and it’s my intention to get it done as soon as we can.”

Senate Minority Whip John Thune (R-S.D.) said Thursday the timing on final passage depended on whether the chamber would vote on amendments to the package. Republicans can drag the bill out if they don’t get the votes they are requesting because any quick action requires unanimous consent.

“As of right now there’s a very serious interest in at least some small amount” of amendments, Thune said. Cornyn agreed that his “bias is in favor of amendments.”

The bill includes grants for states to implement so-called red flag laws, which allow for the temporary confiscation of firearms from individuals who are deemed threats to themselves or others, as well as other crisis intervention programs.

In addition, the legislation closes what’s known as the “boyfriend loophole” by barring individuals with misdemeanor convictions of domestic violence against dating partners or former dating partners from purchasing a firearm for at least five years. Under that provision, the right to a firearm would be reinstated after that period if the individual is a first-time offender and has not committed any violent acts during that time frame.

The bill also requires the FBI’s National Instant Criminal Background Check System to contact state authorities, local law enforcement and a state’s juvenile justice information system to see if an individual under the age of 21 has a “disqualifying” juvenile record for purchasing a firearm, including mental health problems. That provision would sunset after 10 years.

Plus, the legislation would make purchasing a firearm on behalf of an individual who is prohibited from doing so a federal crime and would clarify registration requirements for commercial firearms dealers who exist “predominantly” for profit.

Finally, the bill includes new spending for school security and…