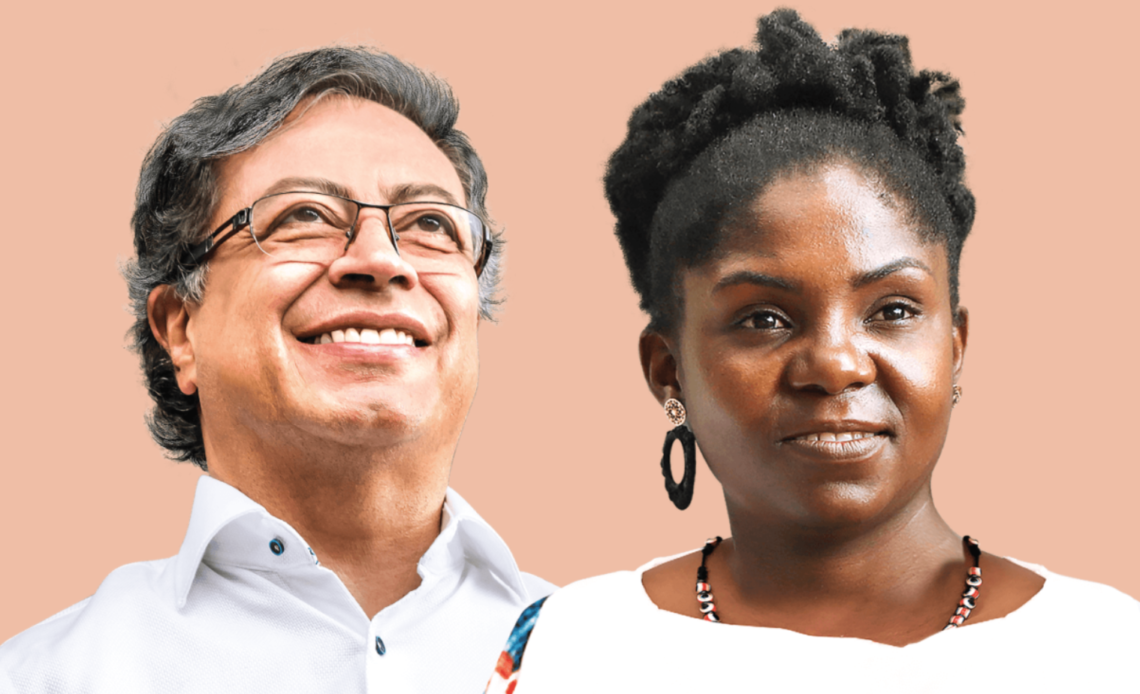 Colombia made history this week.

“Brothers and sisters, we have made an important step forward,” Vice President-elect Francia Márquez said, addressing her supporters on election night. She is an Afro-Colombian environmental activist, land and water defender and 2018 Goldman Environmental Prize winner. “After 214 years, we will have a government that represents the people.”

Colombia is said to have the greatest inequality in Latin America. A recent OECD (the Organisation for Economic Co-operation and Development) report on the country found that it would take a poor family eleven generations to escape from the poorest 10% of the population to reach the median income. Systemic inequality was exacerbated by the pandemic, pushing millions deeper into poverty and food insecurity. Protests have rocked the country, met with police and military violence that left many dead.

In another historic move, Petro and Márquez were joined on the stage election night by Jenny Alejandra Medina, whose son, Dilan Cruz, an 18-year-old student, was among those killed by police in mass protests in 2018. The still grieving mother boomed into the microphone,

“I raise my voice on behalf of my son to demand justice. I welcome you, President, because we all have our hopes in you, in justice. You are the hope of us, the poor, the needy.”