The Conversation About Guns Could Be Smarter 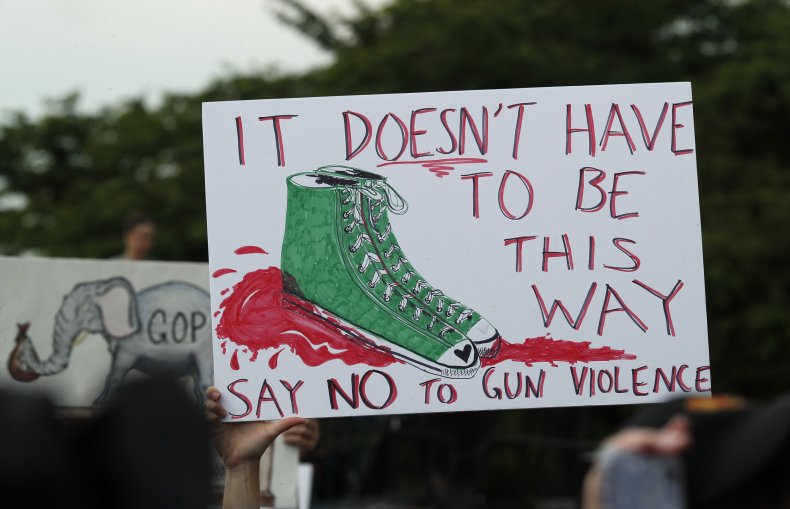 The debate over gun restrictions bothers me for two seemingly contradictory reasons.

One is that little has been done to ban mass killing machines outright. A bipartisan proposal in the Senate would at least limit access by the mentally ill. What it wouldn’t do is prevent the not-yet-certified insane from buying these guns. The worst mass shooter in U.S. history—the monster who killed 58 and wounded over 500 in Las Vegas—was just your average loner with low self-esteem.

What the debate often lacks is acknowledgement of the real fears that drive many a reluctant gun owner to become one. That is, the fear of becoming victim of a violent crime.

Let me put my cards on the table. I own a gun. Here’s why: Years ago, we were staying in my mother-in-law’s house in a leafy New Jersey suburb when my husband urgently told me to go hide in a closet. As it happened, some guy was crawling on a porch overhang and trying to break into a second-floor window.

When the would-be burglar realized that there were people inside, he jumped off and ran into the woods.

He clearly thought no one was there and didn’t want a confrontation. But we had to consider the possibility that he could have been crazy, armed or a combination. That prompted my husband, a former Marine, to say, “I think we ought to get a gun.”

And so we got one. My husband has since passed away, but I’ve kept the police revolver. (That said, I would have gotten rid of it had children been living in the house.)

But there is no reason why I or any other homeowner, hunter or hobbyist needs an assault weapon with high-capacity magazines. In our case, one well-placed shot could have taken out the home invader, no matter what weaponry he may have had. The same would have gone for stopping the deranged 18-year-old with an AR-15 who shot up the elementary school classroom in Uvalde, Texas.

This is obviously not a simple discussion. People with a gun, especially the storied good guys with a gun, need training to confront an armed intruder. The New Jersey police told us that a problem with nice homeowners keeping guns for protection is that when they confront a trespasser, they often just brandish the weapon to scare him away. They don’t really want to kill anyone. After all, it could just be a local teen. An armed criminal is more likely to just shoot.