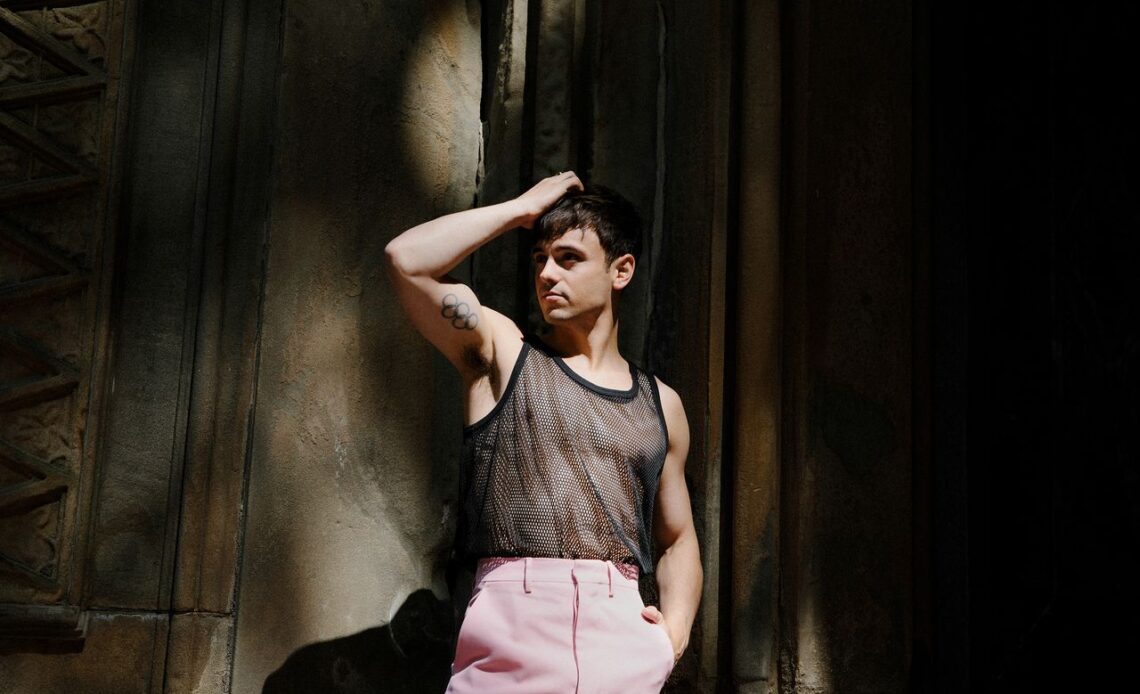 Nearly one year after winning an Olympic gold medal, Tom Daley has waded into the literary world ― and, for the first time, he’s ready to publicly acknowledge the vulnerabilities that lie beneath his record-smashing athletic prowess.

The 28-year-old British diver lays his emotions bare in a new book, “Coming Up for Air: What I Learned From Sport, Fame and Fatherhood.” Released in the U.S. last month, the book eschews the traditional memoir format. Instead, it’s a collection of 11 individual essays that delve into the triumphs and tribulations he’s experienced since being catapulted into the global spotlight. Each essay has a unique title — “Perseverance,” “Acceptance” and “Confidence,” among others — that refers to a personal attribute he says he’s developed in his years as a competitive athlete.

“I think it’s important, if you’re a visible queer person, to try and help other people and not just sit with your privilege,” Daley told HuffPost. “As soon as you start beating yourself up about making mistakes, you start to worry about making them in the first place. You stop taking risks and growing as a person.”

Fans will be thrilled to know that “Coming Up for Air” details Daley’s Olympic gold medal win in the men’s synchronized 10-meter platform at the Tokyo Olympics last year.

But he also opens up about grief, body image, family and his early fears when it came to embracing his truth as a gay man. He shares anecdotes from his marriage to Oscar-winning screenwriter Dustin Lance Black, referred to simply as “Lance” throughout the text. The two men are fathers to a 3-year-old son, Robbie.

HuffPost caught up with Daley while he was visiting New York as part of his “Coming Up for Air” book tour last month. Here’s what he had to say about the book, being an LGBTQ rights advocate and, of course, his love of knitting.

Unlike most memoirs, the stories in “Coming Up for Air” aren’t told in chronological order. Why did you opt for that approach?

Being an Olympian is one thing, but how can I take what I’ve learned as an athlete and relate it to everyday life? Because there are lots of parallels. It’s very similar to the goals you might have at school, the stresses that you might have at a job — the teamwork and team efforts. So I…